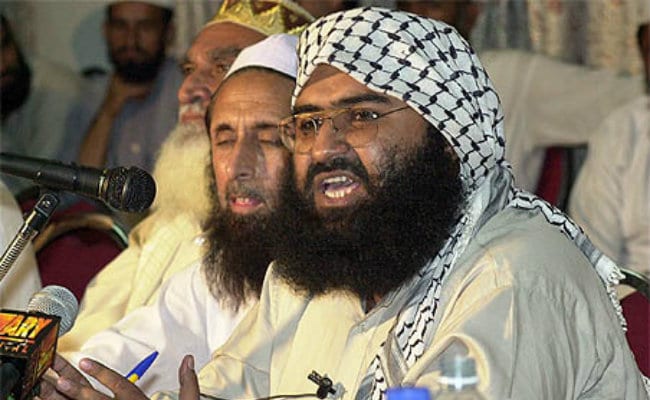 New Delhi: The process to extradite Pakistan-based Jaish-e-Mohammed chief Maulana Masood Azhar, his brother and two others will begin soon with the filing of a chargesheet in the Pathankot terror attack case, Union Minister Kiren Rijiju said today. "A total of eight people were involved in the terror attack at Pathankot. Four are dead and four are alive and living in Pakistan. Since the chargesheet has been filed, the process of extraditing them from Pakistan will begin with the issuance of Interpol Red Corner Notice," he said.

Kiren Rijiju termed the filing of the chargesheet at the NIA court at Panchkula as a "huge breakthrough".

The Minister of State for Home said since Pakistan is "incorrigible", India has to put pressure on the neighbouring country to extradite the four persons living in Pakistan on the basis of the evidence gathered by the NIA.

"Pakistan is already under pressure. The world knows that these two brothers are living in Pakistan and doing all kinds of terror acts," he said.

NIA today filed a charge sheet against Pakistan-based Jaish-e-Mohammed chief Maulana Masood Azhar, his brother and two others for hatching the conspiracy of the January two audacious terror strike that left seven personnel dead and 37 others injured.

Promoted
Listen to the latest songs, only on JioSaavn.com
The chargesheet was filed in the NIA court at Panchkula in which all the four have been slapped with charges under Indian Penal Code, Explosive Substances Act, Arms Act and Unlawful Activities (Prevention) Act.

Besides Azhar, his brother Mufti Abdul Rauf Asghar and two handlers - Shahid Latif and Kashif Jan - have been named in the exhaustive chargesheet. While Interpol Red Corner Notice against three has been issued, the same was pending against Kashif Jan, the NIA said.