Sources in the agency said Cadbury India, in conspiracy with Central Excise officials, had availed excise benefits to the tune of Rs 241 crore for its unit for manufacturing 5 Star and Gems in Himachal Pradesh. 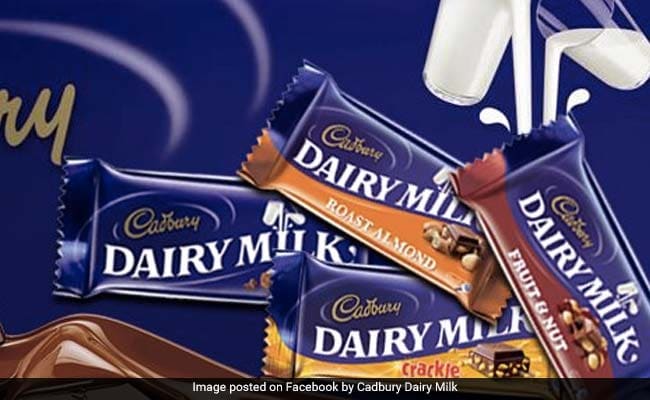 A First Information Report was filed after a preliminary inquiry.

Cadbury India Private Limited (now known as Mondelez Foods Private Limited) has been accused of corruption by the Central Bureau of Investigation, which has filed a case against the company. The agency has accused Cadbury of corruption and misrepresentation of facts to fraudulently avail area-based tax benefits in Baddi, Himachal Pradesh. Sources also told NDTV that the agency conducted searches at the premises of the accused in five locations in Haryana and Himachal Pradesh today, and recovered incriminating materials.

Sources in the agency said Cadbury India, in conspiracy with Central Excise officials, had availed excise benefits to the tune of Rs 241 crore for its unit for manufacturing 5 Star and Gems in Himachal Pradesh.

The alleged irregularities, sources said, took place between 2009 and 2011.

The CBI said that in 2007, the company had proposed to create a unit in Baddi to avail exemption from excise duty and income tax for additional 10 years.

But instead of building a separate unit, Cadbury India expanded the existing unit to avail tax exemption. The unit was built in 2005 to manufacture Bournvita.

The company obtained license for the second unit in July 2010 -- four months after the cut-off date to avail exemption.

"The above facts revealed that the second unit of CIL did not fulfil the prescribed conditions for availing tax exemption but by bribing then Central Excise officials Nirmal Singh and Jaspreet Kaur through middlemen, obtained tax exemption to the tune of Rs 241 crore," the CBI said.

"For availing the same, some members of the executive board of the company, along with key managers, collectively decided to manipulate records, engage intermediaries to route bribes and cover up all those evidence that had surfaced during the internal investigation," the agency has alleged.

Meanwhile, Mondelez said that the company has settled the "potentially ​protracted litigation" through an amnesty scheme introduced by the Indian government to settle tax litigation.

"In 2019, the company settled a potentially protracted litigation through the Sabka Vishwas (Legacy Dispute Resolution) Scheme, 2019 - an amnesty scheme introduced by the Indian government to settle tax litigation. This decision was made in the interest of putting an end to protracted litigation to enable us to focus on what we do best, growing our business in India. We are yet to receive any formal communication in the matter from the authorities," Mondelez India said in a statement.