Priyanka Chopra is returning to Mumbai and she is 'super excited.' The actress updated us about her itinerary through Instagram 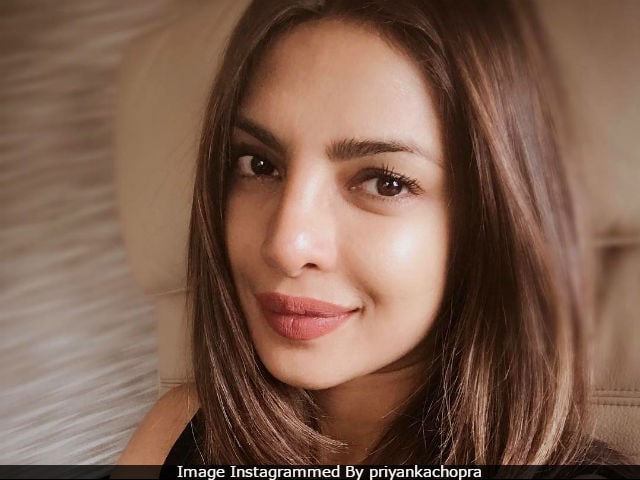 New Delhi: Baywatch promotions done. CFDA awards done. Priyanka Chopra is returning to Mumbai and she is 'super excited.' The 34-year-old actress updated us about her itinerary through Instagram. "Is it ok to be super excited about heading home?! #mumbaikar," Priyanka captioned her post with a picture of herself. (Priyanka, even we are excited to have you back in India). Priyanka flew out of Mumbai a couple of weeks ago for Baywatch promotions. From India, she landed in Berlin, Germany first. After completing her promotional duties there, she went to London and later to New York, where she attended a polo match with international celebrities like Nicole Kidman and Kendell Jenner.

Is it ok to be super excited about heading home?! #mumbaikar

Baywatch is Priyanka's first Hollywood film. She stars as the prime antagonist Victoria Leeds in the film directed by Seth Gordon. She co-stars with Dwayne 'The Rock' Johnson and Zac Efron. Baywatch released in US on May 26 and in India, Priyanka's debut Hollywood film hit the screens on June 2.

During her stay in the US, Priyanka also shot for a clothing brand advert, where she features with rapper Wiz Khalifa, American model Christie Brinkley, actress Yara Shahidi, Olympic athlete Miles Chamley-Watson, TV star Jonathan Groff and others.

Priyanka also stars in American television series Quantico, where she portrays the role of Alex Parrish, a FBI recruit.

Promoted
Listen to the latest songs, only on JioSaavn.com
Meanwhile, mid-day reports that Priyanka's next Hindi film will be a biopic on writer-poet Amrita Pritam. The film will be directed by Sanjay Leela Bhansali, with whom Priyanka worked in Bajirao Mastani. "In all likelihood, Priyanka's trip will culminate in the project being locked. An official announcement, however, will be made only after the male lead (for the part of legendary poet Sahir Ludhianvi) is cast," mid-day quoted a source as saying.