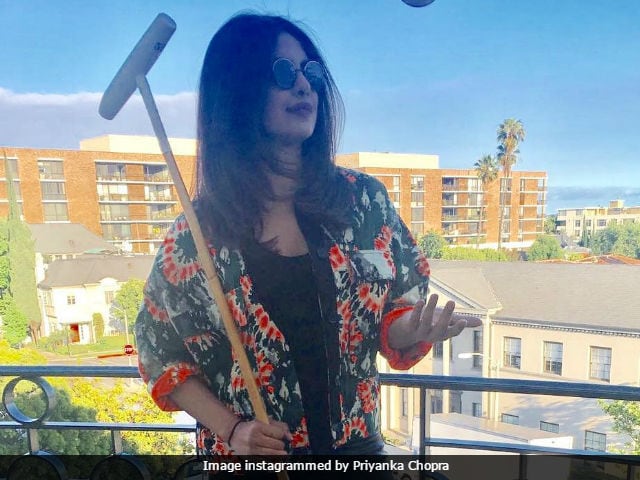 New Delhi: Priyanka Chopra is 'Berlin bound' after the release of her Hollywood film Baywatch. Priyanka's film failed to fetch good reviews and box office numbers but the 34-year-old actress is seemingly unperturbed and all set for a vacation in Berlin. Priyanka, who will soon start filming the third season of her television show Quantico and her next Bollywood film, sure deserves a break and she started with a selfie en route to Berlin. She wrote: "Berlin bound but selfie first. #summertimefeels (sic)." Priyanka looked chic in a yellow outfit. She let straight hair being caressed by the wind and added a soft red lip colour for a perfect summer look. Here's the selfie:

Baywatch, which released in USA on May 26, was poorly reviewed by the foreign media. Of Priyanka Chopra, Washington Post's Stephanie Merry wrote: "It's no shock that the women in Baywatch don't have much to do beyond look good. Even Chopra, as the villain, has minimal dialogue, although the camera spends plenty of time giving her elevator eyes while she dons form-fitting, cleavage-baring dresses." She gave the film 1 star-rating (out of 4).

But Priyanka Chopra refused to sulk due to the bad reviews or low- collections. She soon posted a picture of herself relaxing in a Jacuzzi and wrote: "Because without a stubborn refusal to accept the limitations of your current story.. you'll never break through (sic)."

...because without a stubborn refusal to accept the limitations of your current story.. you'll never break through... #just

Baywatch will release in India on June 2.