Until a year ago, the work for APJ Abdul Kalam's memorial had not started and the site where he is buried was in utter neglect, drawing public criticism.

The memorial for APJ Abdul Kalam in Rameswaram was built at a cost of 20 crores.

Rameswaram, Tamil Nadu: Saffron and green flags of the BJP and the black, white and red flags of the AIADMK dot the Madurai-Rameswaram Highway leading up to the grand memorial dedicated to late former President APJ Abdul Kalam in his hometown of Rameswaram in Tamil Nadu. Prime Minister Narendra Modi inaugurated the memorial on Dr Kalam's second death anniversary and paid his tributes. 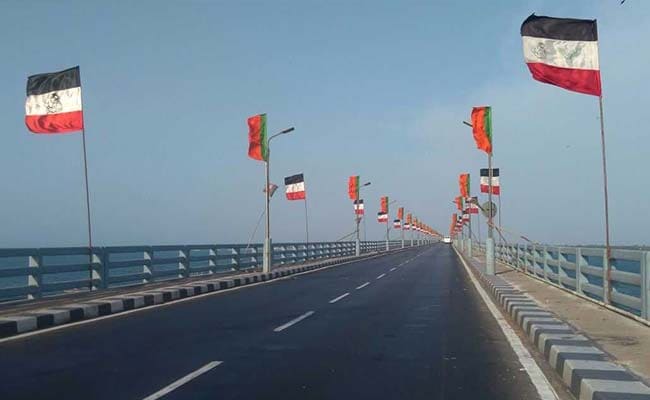 The Prime Minister met Dr Kalam's family, including his elder brother. "It's a happy moment for us. Although there was delay in starting the project, DRDO completed this in record 9 months.  Soon, there would be even  a planetarium for kids," said Sheikh Salim, Dr Kalam's grand-nephew.

"It's only a sign of our respect and love for Dr Kalam. The Prime Minister honours him," said Thamilisai Soundararajan, president of the Tamilnadu unit of  BJP.

While the political parties take credit for the memorial, a section of the locals in Rameswaram's Peikarumbu isn't too happy. A teacher from a local school is disappointed that school children have not been invited for today's inauguration. "Over the last few months we have been requesting local authorities to make children a key part of this as Kalam loved children but none seem to think it as important," the teacher, who did not wish to be named, said. 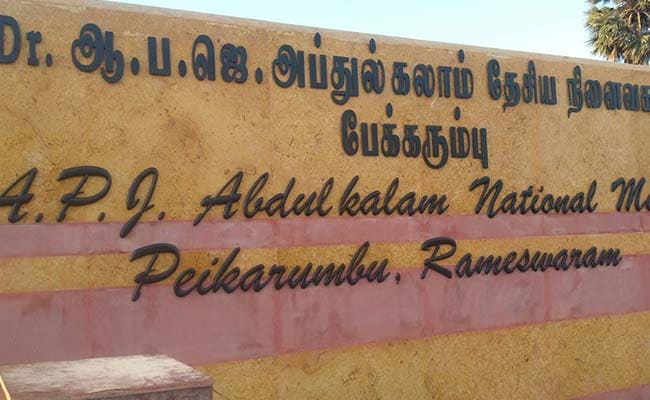 The memorial for Abdul Kalam is ready in his hometown of Rameswaram.

Bose Chandran, a local fisherman, however, is happy. "This landmark in the hometown of the people's President would continue to ignite young minds to dream big," he said.

Until a year ago, the memorial work had not started and the site where Dr Kalam is buried was in utter neglect, drawing public criticism. On his first death anniversary last year, PM Modi had inaugurated a life-size golden statue in the temple town in coastal Tamil Nadu.

The memorial, build at a cost of 20 crores, blends Mughal and Indian architecture. Its main entrance resembles Delhi's India gate. The dome reflects the Rashtrapati Bhavan. The main door is a replica of the entrance of the Brihadiswara Temple in Tanjavur. 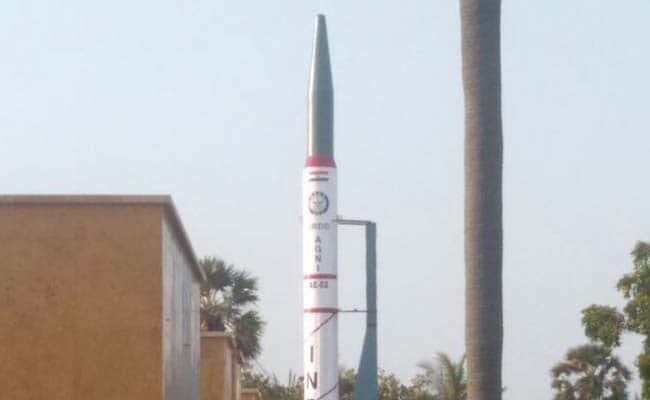 A missile model at the APJ Abdul Kalam memorial in Rameswaram.

The interiors of the memorial reflect the various facets of Dr Kalam's life, including the Pokhran nuclear test. There's even a missile model celebrating his contribution to space science.

Promoted
Listen to the latest songs, only on JioSaavn.com
PK Gupta, director of the construction firm that built the memorial said, "This is so special for us. The yellow stones have come from closer to Pakistan . Sand, water and other materials have come from all over India. It's a symbol of national integration."