SAARC Potential Can Only Be Realised In Atmosphere Free Of Terror: PM Modi

PM Modi, in his message on the 36th charter day of SAARC, also called for commitment to defeat the forces that "support and nurture terrorism". 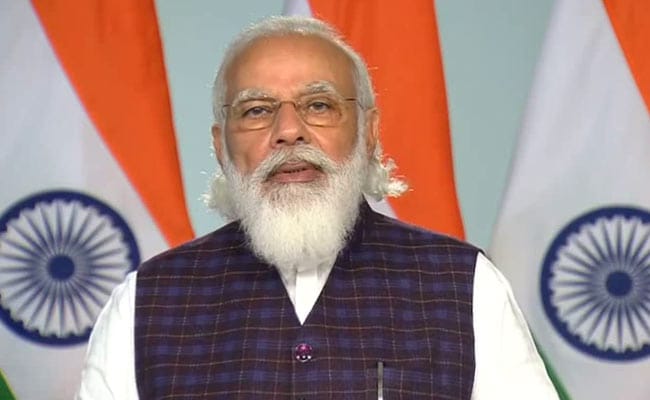 Prime Minister Narendra Modi on Tuesday said the full potential of South Asian Association for Regional Cooperation (SAARC), can only be realised in an atmosphere free of terror and violence, even as his Nepali counterpart KP Oli pitched for an early convening of the summit of the eight-member regional grouping.

PM Modi, in his message on the occasion of the 36th charter day of SAARC, also called for commitment to defeat the forces that "support and nurture terrorism".

"The full potential of SAARC can only be realised in an atmosphere free of terror and violence. On this 36th SAARC Charter Day, let us re-commit ourselves to defeating the forces that support and nurture terrorism, and to work collectively towards a secure and prosperous South Asia," the Prime Minister said.

PM Modi also said India remains committed to an "integrated, connected, secure and prosperous" South Asia, and will continue to support the economic, technological, cultural and social development of the region.

In his message, Mr Oli said,"time has come to move forward with concrete action in the ground with needed political will and commitment. Giving fresh impetus to the stalled SAARC process including through the early convening of the Summit can rekindle hope among our people and provide ground to move forward."

Noting that the early coordination between SAARC countries for dealing with the COVID-19 pandemic is an example of the benefit that our region can derive from greater collaboration, PM Modi said India will continue to work with other countries in the region to ensure a robust recovery after the pandemic.

The SAARC leaders, under India's initiative, held a virtual meeting in March to work on a common strategy to effectively deal with the coronavirus pandemic.

In the message, PM Modi conveyed "warm greetings" to the citizens of member states of the grouping.

SAARC has not been very effective since 2016 as its biennial summits have not taken place since the last one in Kathmandu in 2014.

The 2016 SAARC Summit was to be held in Islamabad. But after the terrorist attack on an Indian Army camp in Uri in Jammu and Kashmir on September 18 that year, India expressed its inability to participate in the summit, saying "increasing cross-border terrorist attacks in the region... have created an environment that is not conducive" for the meet.