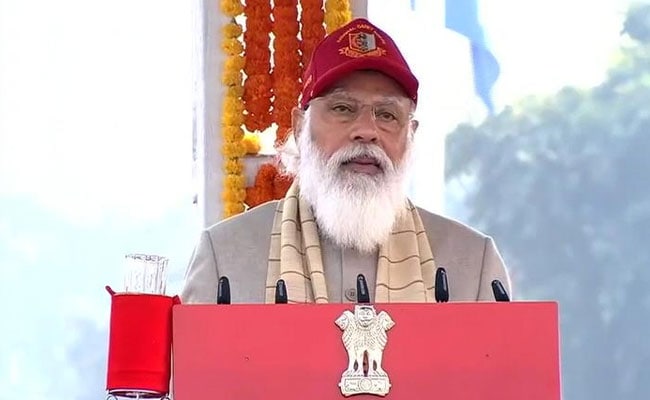 Out of the one lakh NCC cadets, one third are girl cadets: PM Modi

One lakh National Cadet Corps (NCC) cadets, which are being trained by the Army, Navy and Air Force, will serve in coastal and border areas, said Prime Minister Narendra Modi while addressing the NCC Rally at Cariappa Ground in Delhi on Thursday.

"On August 15, last year, it was announced that NCC will be given new responsibilities in around 175 districts in the coastal and border areas. For this, around 1 lakh NCC cadets are being trained by Army, Navy and Air Force. Out of these, one third are girl cadets," said Prime Minister Modi.

Hailing NCC cadets for helping the government amid the COVID-19 pandemic, he said, "Be it the floods or any other calamity, NCC cadets helped the people of this country last year. During the Corona pandemic, lakhs of cadets worked with the administration and society across the country. Their work is commendable."

The Prime Minister wore an NCC cap, reviewed March Past by NCC contingents and witnessed cultural performance during the event.