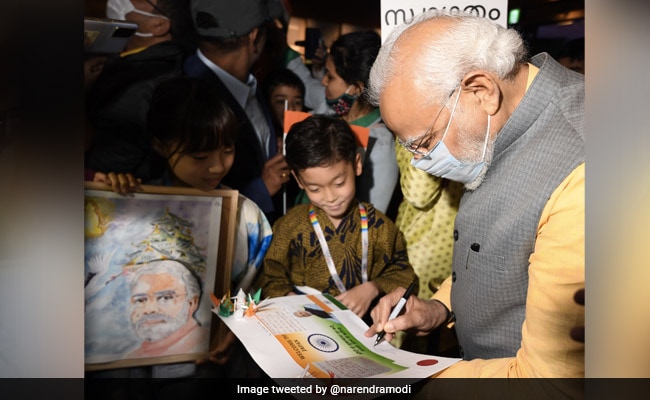 PM Modi stressed that India and Japan are natural partners,

PM Modi chaired a roundtable with Japanese business leaders here in which top executives and CEOs of 34 Japanese companies participated. Majority of these companies have investments and operations in India.

Stressing that India and Japan are natural partners, PM Modi lauded the business community as brand ambassadors of the immense potential of India-Japan ties.

The Prime Minister recalled that during the visit of Prime Minister Fumio Kishida to India in March 2022, both countries had set an ambitious target of investment of Japanese Yen 5 trillion over the next five years.

He highlighted recent developments in economic ties, such as India-Japan Industrial Competitiveness Partnership (IJICP) and Clean Energy Partnership, among others.

PM Modi noted that despite the slowdown in global FDI, India has attracted record FDI of USD 84 billion in the previous financial year. He termed this a vote of confidence of India's economic potential.

"He invited greater participation by Japanese companies in India and proposed celebrating Japan's contribution to India's development journey in the form of a 'Japan Week'," the release said.

PM Modi is in Japan on a two-day visit to attend a summit of the Quad leaders at the invitation of his Japanese counterpart Fumio Kishida.