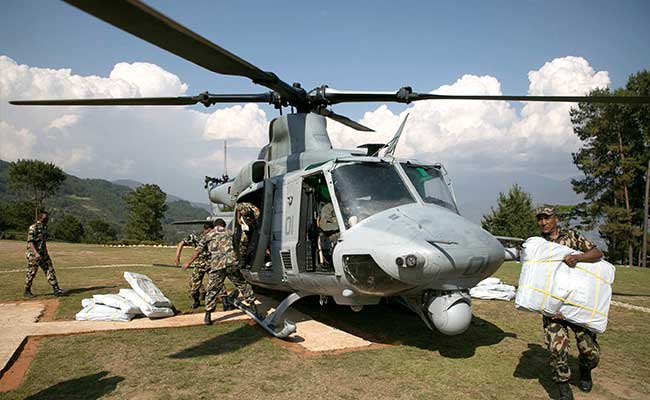 Shanghai: Prime Minister Narendra Modi today said the US helicopter crash in Nepal was "saddening", adding that India was ready to provide all possible assistance.

The chopper crash in Nepal is unfortunate & saddening. India is ready to provide all possible assistance.

More than 60 hours after it was reported missing, the debris of a US helicopter that crashed in the mountainous terrain of Nepal were recovered on Friday by a search and rescue mission..

Promoted
Listen to the latest songs, only on JioSaavn.com
There were eight people onboard the military UH-1Y Huey helicopter - six US marines and two Nepalese soldiers.

The chopper, which was on a rescue mission in the worst quake-hit areas of Dolakha, lost contact with Kathmandu airport's control tower on Tuesday.
Comments
United StatesNepalIndiaShanghaiUH-1Y HueyUS Chopper CrashNepal CrashNarendra ModiNepal earthquakeNepal relief and rescue