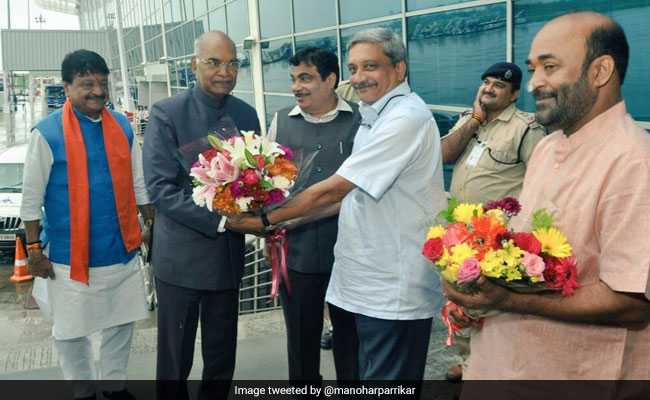 Panaji: Voting for the presidential election is underway at the Goa secretariat at Porvorim today morning with chief minister Manohar Parrikar among those to cast votes in the first one hour.

The Goa Assembly has 40 members. However, 38 MLAs are eligible to vote in today's election as Vishwajit Rane (Congress) and Siddharth Kuncolienkar (BJP) have resigned.

Mr Parrikar, yet to be elected to the Assembly after he resigned as the Defence Minister and returned to the state, cast his vote in his capacity as Rajya Sabha member from Lucknow.

Promoted
Listen to the latest songs, only on JioSaavn.com
GFP, a BJP ally, is supporting the NDA candidate Ram Nath Kovind.

GFP leader and state minister Vinod Palyekar said his party had taken the right decision to support Mr Kovind. "We are part of the NDA. There is no question of voting for anyone else," he said.