President Kovind also asked Speakers to facilitate a healthy dialogue in the House to keep away unnecessary bitterness in the discussion. 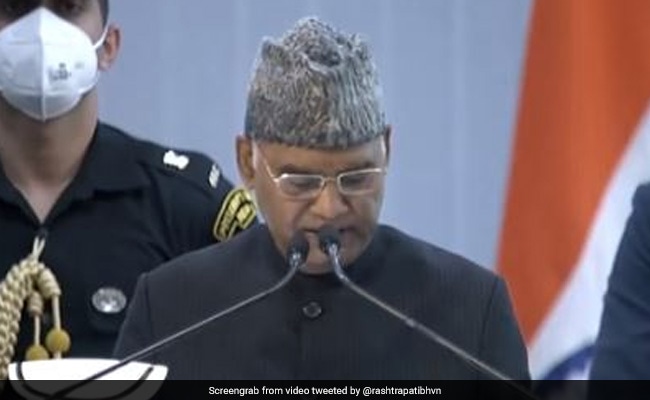 President Kovind was addressing an event in Gujarat.

President Ram Nath Kovind on Wednesday said elected representatives should engage in a healthy dialogue in parliament and legislative assemblies, and refrain from using unparliamentary language during debates in the House.

"Use of unparliamentary language and indiscipline in the House by elected members hurts the sentiments of people who elect them," President Kovind said addressing the inaugural session of 80th All India Presiding Officers' Conference at Tent City in Gujarat's Kevadia village, near the Statue of Unity in Gujarat's Narmada district.

He also asked Speakers to facilitate a healthy dialogue in the House to keep away unnecessary bitterness in the discussion.

In parliamentary democracy, the Opposition has an important role along with the ruling party, and so there is a need for understanding, cooperation, and meaningful exchange of thoughts between the two, he said.