Read inOther Languages
This Article is From Nov 19, 2018

During his visit, the President will also meet Australian Prime Minister Scott Morrison. 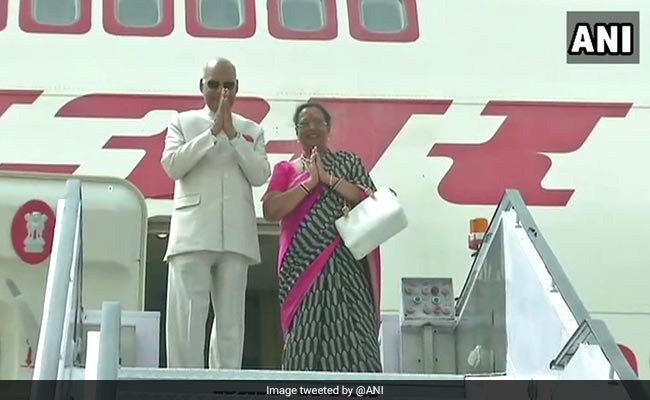 President Kovind is currently in Vietnam as part of his two-nation tour. (File)

President Ram Nath Kovind will be on a four-day Australia tour from November 21, in the first ever state visit by an Indian president to the country, during which he will discuss ways to strengthen bilateral ties with top Australian leaders.

President Kovind is currently in Vietnam as part of his two-nation tour. He will arrive at Sydney from Hanoi.

The President will visit Sydney and Melbourne on an invitation from Governor General Peter Cosgrove, according to a statement issued by the High Commission of India, Canberra.

A ceremonial welcome for the President will be held in Sydney. It will be followed by talks between President Kovind and Governor Cosgrove, the statement said.

During his visit, the President will also meet Australian Prime Minister Scott Morrison. Both the leaders will jointly unveil a statue of Mahatma Gandhi at Parramatta in New South Wales as a part of the ongoing 150th birth anniversary celebrations of Mahatma Gandhi.

The bilateral trade between the two nations stands at $19.7 billion.

On November 16, President Kovind will visit Melbourne and meet Victoria's Governor Linda Dessau, who will host a banquet lunch in his honour.

The President will also address students at the University of Melbourne and will attend a special lecture on Australia and India as knowledge partners.

Australia has a large Indian student population of 70,000.

The President will also address Indian diaspora in Australia during his visit. The President will be accompanied by Minister of State for Skill Development and Entrepreneurship Anant Kumar Hegde, parliamentarians Kamakhya Prasad Tasa and Heena Vijaykumar Gavit and other senior officials.