The district medical officer denied the allegations that the woman did not get urgent intervention to take her to hospital safely, adding the ambulance couldn't reach them as the lane at the village was too narrow. 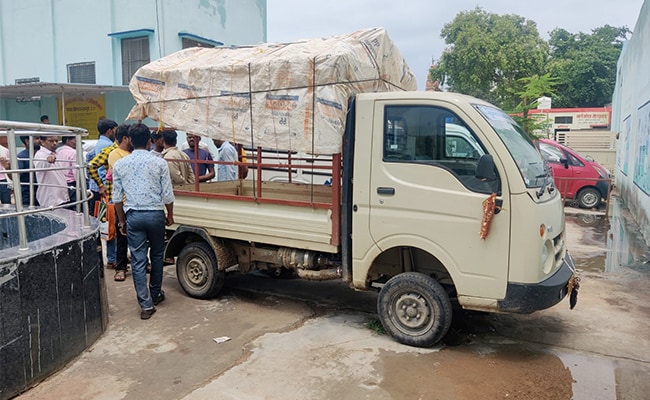 A seven-month pregnant woman who was carrying twins died after a long delay in taking her to hospital because some "powerful people" at her village allegedly denied entry to an ambulance. She had to be taken to hospital in a cargo van at the last minute. One of the twins died, while the other is critical. The incident was reported from Madhya Pradesh's Bhind district.

The district medical officer denied the allegations that the woman did not get urgent intervention to take her to hospital safely, adding the ambulance couldn't reach them as the lane at the village was too narrow.

Rekha, a resident of Chhattisgarh's Kanker district, had come to her paternal village in Bhind with her husband, Sawli Rathore, who is a person with special needs.

Mr Rathore said they got no response despite dialling the Chief Minister Helpline 181 and the ambulance number 108. He said they finally managed to get hold of an ambulance, but some "powerful men" at their village denied the ambulance entry to the village.

7 months pregnant Rekha Rathore had to be carried to a govt hospital in a loading auto as powerful men of the village allegedly refused entry to the ambulance inside the hospital on duty staff took her on a chair resulted in her death and other child in the womb @ndtv@ndtvindiapic.twitter.com/ex8ZvXXyCs

"We managed to get an ambulance after a long wait, but it wasn't allowed entry into the village by the powerful residents. I then arranged a private loading vehicle to rush my wife to Lahar Civil Hospital. Unable to bear the pain, my wife gave birth to our first child outside the hospital," Mr Rathore said.

"Instead of taking my wife safely on a stretcher, the nursing staff took her into the hospital on a chair, where she died along with our other child due to inadequate and delayed treatment," Mr Rathore said, and cried.

The cargo van in which the woman was carried is of an enclosed flatbed design with a hard metal floor and without any seating configuration since it's made to carry goods.

"The ambulance which went to Nisar village wasn't stopped by anyone from entering the village. Instead, it couldn't enter the village as the entry lane was too narrow," Dr Kushwah said.

"The woman had already given birth to one of the twins. She and the other foetus couldn't be saved as they died before entering the hospital," the officer said, adding the other baby is critical and has been admitted to the hospital's sick neonatal care unit.