Polling In Chhattisgarh As Per Schedule: Officials After Maoist Attack

Dantewada, where the attack took place, falls in the Bastar Lok Sabha constituency, which will go to polls in the first phase on Thursday. 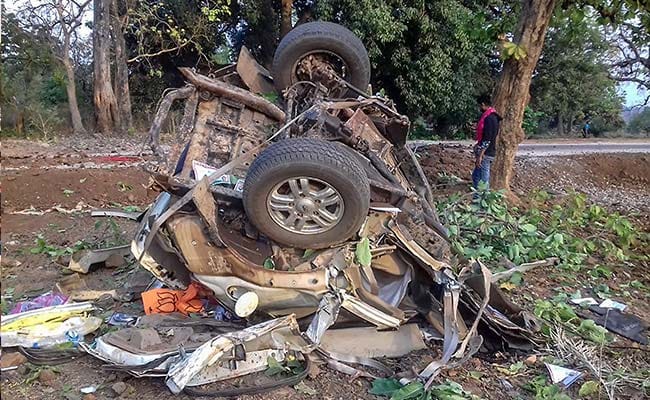 The Maoist attack took place in Dantewada which falls in the Bastar Lok Sabha constituency.

Polling in Chhattisgarh's Bastar seat in phase-one of the Lok Sabha elections will be held as per schedule, Election Commission officials said Tuesday, hours after a BJP MLA and four security personnel were killed in a Maoist attack in the constituency.

In his report to the poll panel, Mr Sahu said he has "taken an immediate video conference of collectors and SPs (superintendents of police) of the affected districts covering Phase 1 and phase 2 in Chhattisgarh".

The CEO also said he has "instructed them to take utmost precautions over the next few days" keeping in mind polling in the first phase on April 11 and second phase on April 18 in the state.

Dantewada, where the attack took place, falls in the Bastar Lok Sabha constituency, which will go to polls in the first phase on Thursday.

BJP MLA Bhima Mandavi and four security personnel were Tuesday killed when their convoy was attacked by Maoists in Chhattisgarh''s Dantewada district.

The incident occurred at Shyamagiri hills when the lawmaker's convoy was heading towards Kuwakonda from the Bacheli area, which is about 450 km from state capital Raipur.

The Maoists blew up a vehicle in the convoy with an IED and opened fire at the occupants, killing the MLA and four security personnel, police officials said.