On complaint by RSS wing, case was registered against author Dr Farhat Khan and the publisher on charges of hurting religious feelings 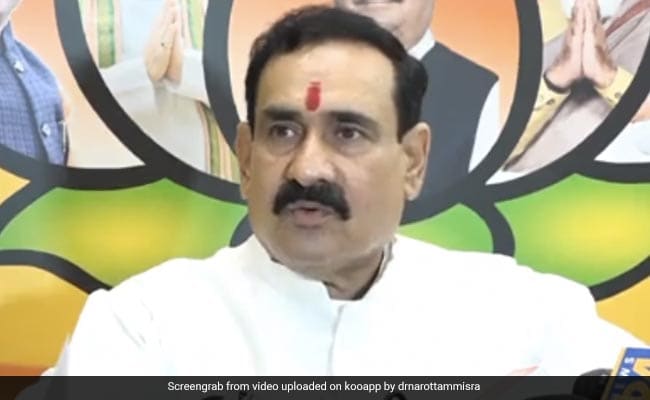 Madhya Pradesh Police have constituted teams to arrest the author of a controversial book against whom a case was registered last week, state Home Minister Narottam Mishra said on Tuesday.

Following a complaint and protest by the Akhil Bharatiya Vidyarthi Parishad (ABVP), the Indore police on Saturday registered an FIR against the author and the publisher of the book 'Collective Violence and Criminal Justice System', which has been taught at a government-run aw college in Indore, along with its principal and a professor.

The case was registered on charges of promoting enmity between different groups and hurting religious feelings, police earlier said.

“Police teams have been formed to arrest author Dr Farhat Khan and the publisher of the controversial book... We will also write a letter to the department concerned to withdraw the doctorate degree of Dr Farhat Khan,” Mishra told reporters in Bhopal in reply to a question.

The ABVP has alleged the book contains very objectionable content against the Hindu community and the Rashtriya Swayamsevak Sangh (RSS), which encourages religious fundamentalism.

According to police officials, the case against Khan and others was registered under various Indian Penal Code Sections, including 153-A (promoting enmity between different groups on grounds of religion, race, place of birth, residence) and 295-A (deliberate and malicious acts, intended to outrage religious feelings of any class by insulting its religion or religious beliefs.

On Monday, Indore's government law college principal Dr Inam-Ur-Rahman said he was assigned the post in 2019 and the controversial book was bought in 2014.

“I have nothing to do with its placement in the library. The FIR against me is unfortunate. I have been booked but not the library head,” he had told PTI.