On Saturday, ABVP activists demanded the principal's resignation, alleging that students were being forced to use an "anti-Hindu" book for reference 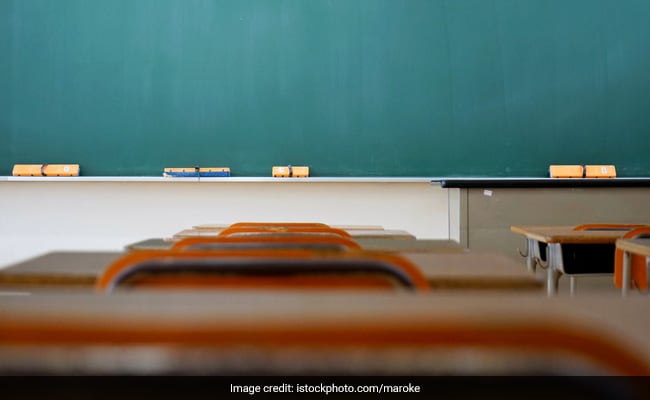 The Principal of Government New Law College (GNLC), Indore, has alleged that he has been forced to resign over a controversial book, claiming that the use of the book in the college predates his appointment as principal.

The Madhya Pradesh college is currently embroiled in a major controversy as Akhil Bharatiya Vidyarthi Parishad, or ABVP, the students' arm of Rashtriya Swayamsevak Sangh, or RSS, has alleged that the book in question, Collective Violence and Criminal Justice System, is against the Hindu community.

Earlier, the college authority had taken six teachers, including four Muslims, off duty temporarily after ABVP accused them of promoting "fundamentalism" and "negative thoughts" about the government and Army.

Yesterday, ABVP activists assembled outside the office of Dr Inamur Rahman, the Principal of GNLC, and demanded his resignation, while alleging that students were being forced to use the book for reference.

Dr Rahman has alleged that he has been forced to resign over the use of the book, written by Dr Farhat Khan and published by an Indore-based publication.

Dr Rahman told reporters: "There is a course named 'Collective Violence and Criminal Justice System'. Considering that there is no prescribed syllabus for this course, students can choose any book on this topic."

Further clarifying his point, Dr Rahman added: "I was appointed Principal in 2019, while this particular book has been in the college library since 2014."

Madhya Pradesh Higher Education Minister Mohan Yadav has instituted an inquiry into how the book was being allowed to be used for reference in the college.

Following ABVP protests, police have registered a case against the principal and the author and publisher of the book under multiple sections of the Indian Penal Code.

The contents of the book over which ABVP has raised its objections include the statement: "Hindu communalism is emerging as a destructive ideology. Hindu outfits, including VHP [Vishwa Hindu Parishad], want to establish a Hindu-majority state and want to enslave other communities."

The book also mentions other Hindu outfits such as Shiv Sena and voices concern over abrogation of Article 370 of the Indian Constitution, granting a special status to Kashmir.

The Home Minister said: "We have received complaints of professors teaching out-of-syllabus texts. Anti-national issues have surfaced. Complaints such as getting students to cast their votes on Article 370 and issues of 'love jihad' have also surfaced. We will take strict action."

The FIR was registered on the basis of a written application submitted by one Lucky Adiwal, an LLM student at the college who had not paid his fees for the past two years, according to the college authorities.