In June, two friends who were returning from picnic were beaten to death by villagers on rumours of being child-lifters. 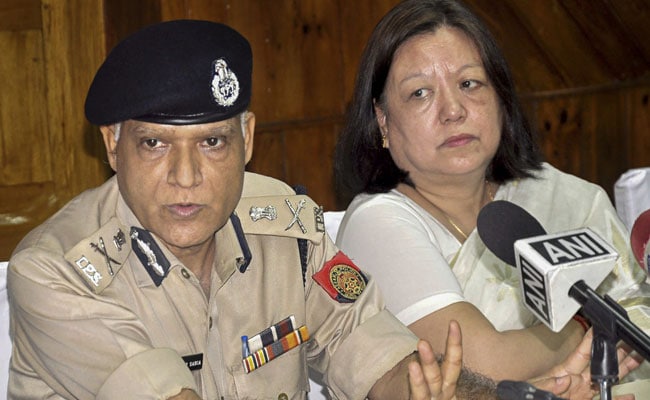 DGP Kuladhar Saikia feels it's a major achievement by the Assam Police to file charge sheet in 90 days.

The Assam Police today filed a 844-page charge sheet against 48 people in the sensational mob killing case of two youths in Karbi Anglong district in June this year.

"It is a major achievement by the Assam Police that we could file the charge sheet within 90 days. It is filed against 48 persons accused of lynching two youths at Dokmoka in Karbi Anglong on June 8," Assam director general of police Kuladhar Saikia said at a press conference in the city.

On June 8, two friends - Nilotpal Das and Abhijeet Nath - had gone to a picnic spot of Kangthilangso waterfalls under Dokmoka police station in Karbi Anglong.

While returning, their car was stopped at Panjuri Kachari by a group of irate villagers, who pulled them out and beat them up for hours before killing them, on rumours of being child-lifters.

The charge sheet containing 844 pages of charges against the accused along with 104-page case diary, was submitted in the court of the chief judicial magistrate at Diphu, the district headquarter of Karbi Anglong.

"When a movement against mob lynching is going on everywhere, it is an important development for the entire country. We could attach the details of everyone's crime and all the accused were arrested. The charge sheet also has as many as 71 witnesses," Mr Saikia said.