"Narendra Modi App is a unique app, which unlike most apps, gives access to users in 'guest mode' without even any permission or data," BJP sources said. 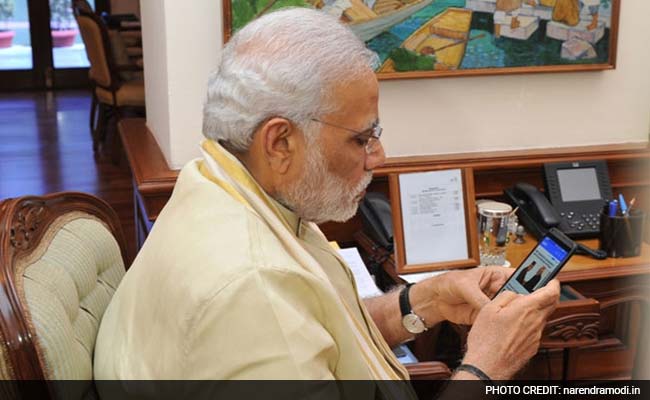 In the wake of allegations by a French cyber security expert regarding data safety in the Narendra Modi app, Rahul Gandhi on Sunday attacked the prime minister over data of app users being shared with third parties.

But hours after attack by the Congress chief, sources in the BJP denied such allegations and said the application does not seek blanket permission to use users' data.

"Narendra Modi App is a unique app, which unlike most apps, gives access to users in 'guest mode' without even any permission or data. The permissions required are all contextual and cause-specific," according to party sources.

Further, according to the party sources, "contact access is required to connect with friends or fellow party workers on the New India connect module. If a person has entered his email address and date of birth, he receives a personalised birthday greeting from the Prime Minister. Each function asks for the specific permission when access is required."

The app also acts a work-flow management platform for lakhs of party workers. It has been used during Gujarat elections to connect with voters and also for Swachch Bharat campaign to collect feedback.

On the second day of his Karnataka visit, Rahul Gandhi took a dig at PM Modi and referred to a media report in which a French vigilante hacker in a series of tweets alleged that the personal data including email IDs, photos, gender and names of the users of PM Modi's mobile app were being sent to a third party domain without their consent.

However, the BJP sources said that the data exposed by the French Twitter user is the data "entered by the user on his own device" and hence it was "not a security breach", emphasising that the person does not have access to "any data apart from his own data". They held that the data is being used for analytics using third party service, similar to Google Analytics.

"The data in no way is stored or used by the third party services. Analytics and processing on the user data is done for offering users the most contextual content. This ensures that a user gets the best possible experience by show content in his/her own language," news agency IANS quoted the party sources as saying.

The NaMo app, at the Google Play Store, describes itself as the "official app of the Prime Minister of India". However, the app -- or the website 'narendramodi.in' -- is not owned by or affiliated to the India government, which generally uses the domain 'nic.in' or 'gov.in'.

The website is hosted by a US-based company Akamai, headquartered in Massachusetts. The app is owned by PM Modi in his private capacity, not by the Prime Minister's office, and he has provided 11, Ashok Road, New Delhi - BJP's headquarter till a few months back - as the registered address.

Promoted
Listen to the latest songs, only on JioSaavn.com
(With inputs from IANS)