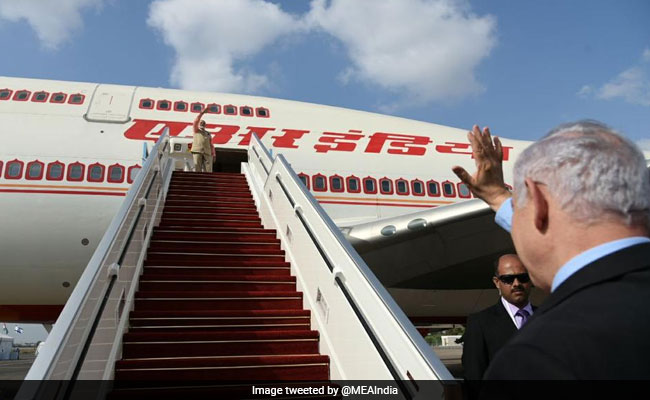 Prime Minister Narendra Modi, who is the first Indian Prime Minister to visit Israel, has concluded his three-day visit to the country. During his visit, PM Modi has held talks with Israeli counterpart Benjamin Netanyahu and President Reuven Rivlin. The leaders are seeking to strengthen India-Israel relationship on a range of areas including defence and technology. Wide-ranging delegation-level talks have been held between the two countries to enhance India-Israel ties in security, agriculture, water, energy and defence, among others. PM Modi and Prime Minister Netanyahu also discussed measures to counter terrorism and increase cooperation in sharing of intelligence in this regard. Economic, cultural and people-to-people ties are being discussed and a number of agreements have been signed between India and Israel. From Israel, PM Modi left for Germany to participate in the G20 Summit in Hamburg.
Jul 06, 2017 19:59 (IST)

A historic visit, filled with many firsts and the promise of future ends as PM @netanyahu goes beyond protocol again to bid farewell to PM pic.twitter.com/hirHtlmrB6

Thank you my friend, PM @netanyahu for the signed photo, your kind words, amazing hospitality & passion towards #IndiaIsraelFriendship. pic.twitter.com/1jUtMG3F85

It was great to meet Indian students studying in Israel. pic.twitter.com/DBN4VRnxm0

Some of the key focus areas of my Israel visit are start ups & technology. Had the opportunity to visit an impressive technology exhibition. pic.twitter.com/lusVK2VU9c

In Tel Aviv, the 2 PMs establish an innovation bridge b/n start ups and innovators of 🇮🇳 & 🇮🇱 for a better world pic.twitter.com/Q4jLdFhUvq

Here is some good news for the Indian diaspora in Israel. pic.twitter.com/MQn38cRq0U

Prime Minister Narendra Modi given a demonstration of a mobile water filtration plant, at Dor beach in Haifa, Israel #IndiaIsraelFriendshippic.twitter.com/E88gKuAqkE

Jul 06, 2017 14:05 (IST)
"This is the final resting place for 44 of the Indian soldiers who sacrificed their lives during World War I to liberate the city," PM Modi had said before visiting the site. 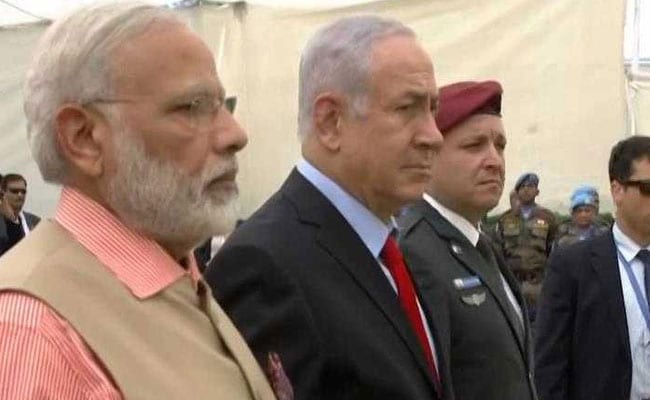 Jul 06, 2017 13:43 (IST)
Prime Minister Narendra Modi visited the Indian cemetery in the Israeli city of Haifa and paid homage to Indian soldiers who laid down their lives during the World War 1 while protecting the city from the powerful forces of the Ottoman Empire. 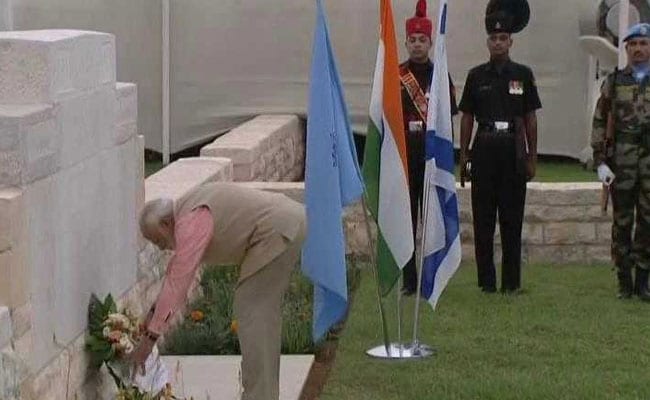 War cemetery in #Haifa, #Israel where PM #NarendraModi will lay wreath for Indian soldiers who sacrificed their lives during #WorldWar1. pic.twitter.com/CfkYx7OVlh

On our way to Haifa to honor the fallen Indian soldiers who were killed during WW1. Israel respects these Indian heroes. pic.twitter.com/gFWh6QeL0O

PM Narendra Modi Announces New Flight To Israel, Rules Eased For OCI Cards: 10 Updates
Prime Minister Narendra Modi on Wednesday announced a direct Delhi-Mumbai-Tel Aviv flight and simplified rules for getting Overseas Citizen of India (OCI) cards. It was for the first time in 70 years that an Indian Prime Minister had the opportunity to visit Israel, he said in the address to about 5,000 members of the Indian community.
India-Israel Bilateral TiesNarendra Modi in Israel