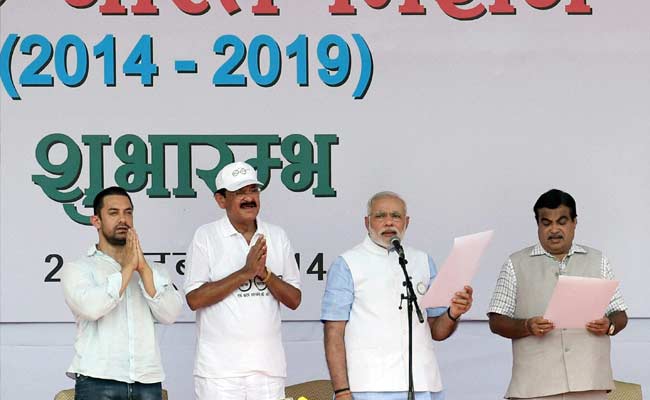 New Delhi: Prime Minister Narendra Modi today said he had invited nine people to join the massive cleanliness drive that he launched today and requested each of them to draw nine more into the initiative to make it viral. (PM Modi Sweeps in a 'Clean India' Movement)

He also asked people to upload their videos online.

I humbly accept respected Prime Minster Narendra Modiji's challenge. This is an idea that is long overdue #CleanIndiaCampaign@PMOIndia

The PM said people needed to "change their mindset and join hands" to clean the country. "This is not about Modi... Modi is only one of its 1.2 billion people... this is a people's task," he said.

The 'Swachh Bharat' or 'Clean India' campaign he said was beyond politics. "It is inspired by patriotism not politics," he said, lauding previous governments for their efforts towards cleanliness.

Promoted
Listen to the latest songs, only on JioSaavn.com
"If Indians can reach Mars, they certainly can clean up the country," the Prime Minister said, admitting that it was a difficult task. (Watch PM's full speech)

"But we have five years," he said, referring to his goal of a clean India in 2019, Mahatma Gandhi's 150th birth anniversary.