The launch of the second poster of Prime Minister Narendra Modi's biopic of the same name was postponed following the death of Goa Chief Minister Manohar Parrikar on Sunday. 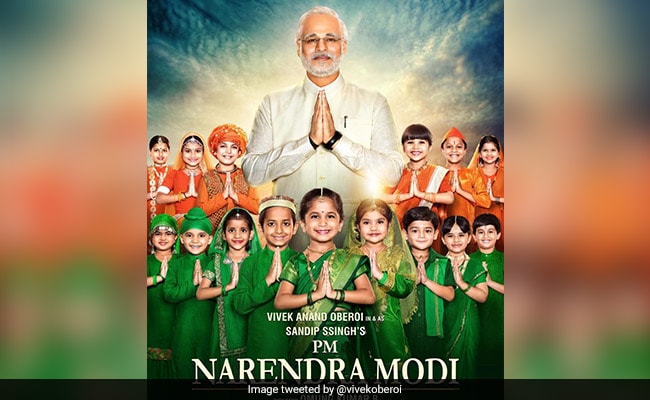 "PM Narendra Modi" will also release in Tamil and Telugu, read a statement.

The second poster of Prime Minister Narendra Modi's biopic "PM Narendra Modi" is out. Actor Vivek Oberoi, who is playing the title role in the film, tweeted the poster. The film was scheduled to release on April 12, but it will now be released on April 5.

"We are bringing this film a week early on public demand. There is a lot of love and anticipation among the people and we don't want them to wait longer. This is a story of 1.3 billion people and I can't wait to show it to them," film's producer Sandip Ssingh told news agency IANS.

The film will also be released in Tamil and Telugu, read a statement.

The launch of the second poster of the film was postponed following the death of Goa Chief Minister Manohar Parrikar on Sunday.

Mr Parrikar died at the age of 63 after a prolonged battle with pancreatic cancer.

BJP President Amit Shah was to launch the poster of the film PM Narendra Modi on Monday morning in Delhi.

However, late in the evening the makers of the film messaged invitees, "We are extremely sorry to inform that the poster launch of our film 'PM Narendra Modi', which was scheduled for March 18, 10.30 am, has been postponed due to the death of Goa Chief Minister Manohar Parrikar."

"Our heartfelt condolences to his family in this time of grief. Rest in peace," the message added.

"PM Narendra Modi" is being directed by National Award-winning filmmaker Omung Kumar B and produced by S Singh, Anand Pandit and Suresh Oberoi.