Manushi Chhillar won the title at a glittering event in Sanya, China, ending a 16 year drought for India at the international pageant. 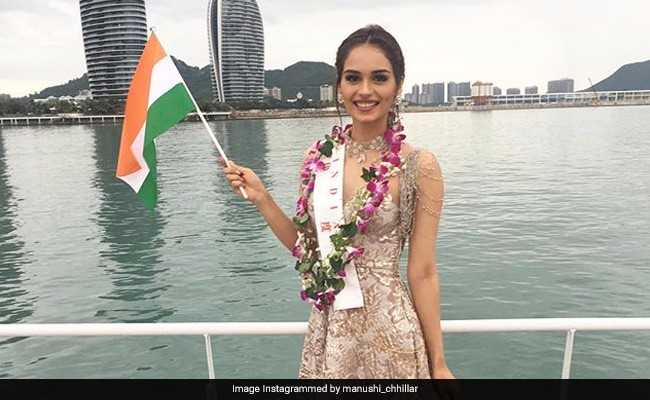 Manushi Chhillar is the sixth Indian and the first since Priyanka Chopra to win the title.

"Congratulations Manushi Chhillar! India is proud of your accomplishment," PM Modi tweeted on Saturday, after Manushi Chhillar won the Miss World beauty pageant for the year 2017.

The 20-year-old won the beauty pageant 17 years after Priyanka Chopra brought home the coveted title in the year 2000.

"Best wishes to Manushi Chhillar for winning the Miss World title. May this inspire every young woman in our country to achieve her dreams, in whichever field she chooses," President Kovind tweeted.

Ms Chhillar, a medical student from Haryana, took a one-year break from studies to focus on representing India at the international pageant.

Ms Chhillar aims to become a cardiac surgeon and has plans of opening non-profit hospitals in rural areas.

She is also a trained classical dancer and has a passion for outdoor sports like scuba diving, snorkelling and bungee jumping.

On Saturday, Ms Chhillar won the title at a glittering event in Sanya, China, ending a 16 year drought for India at the international pageant.

Promoted
Listen to the latest songs, only on JioSaavn.com
She is the sixth Indian to win the title and the first since Priyanka Chopra won the crown in 2000.