Restrictions At Delhi-Gurgaon Border Today Ahead Of PM Modi's Rally

"Traffic Alert for tomorrow on Sirhol toll and Kapashera from 8:00AM to 2:00PM," the Gurgaon traffic police tweeted late Saturday night. 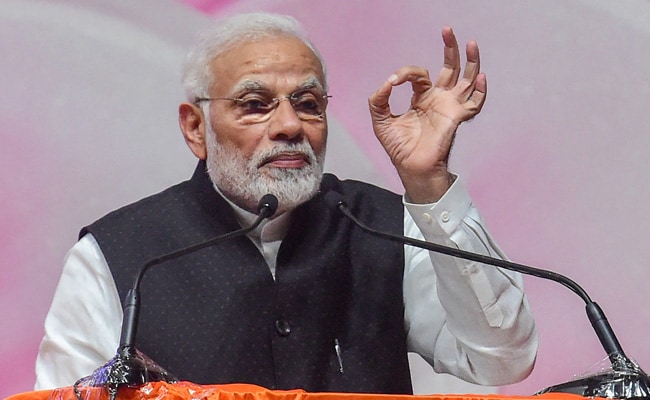 PM Modi will hold a rally in Delhi's Ramlila ground, over a kilometre away from Daryaganj (PTI File)

Restrictions have been imposed at the Delhi-Gurgaon border today between 8 am to 2 pm, Gurgaon's traffic police tweeted today, ahead of a rally to be addressed by Prime Minister Narendra Modi at Delhi's Ramlila ground. Ramlila ground is a little over a kilometre away from old Delhi's Daryaganj, which witnessed violence on Friday during protests against the amended Citizenship Act.

"Traffic Alert for tomorrow on Sirhol toll and Kapashera from 8:00AM to 2:00PM," the Gurgaon traffic police tweeted late Saturday night.

"Residents are adviced to avoid non essential travel to Delhi these hours tomorrow," the tweet said.

Traffic Alert for tomorrow on Sirhol toll and Kapashera from 8:00AM to 2:00PM.@TOIGurgaon@HTGurgaon@aajtak@HTGurgaon@gurgaonpolice@DainikBhaskar@JagranNews@thetribunechd@dcptrafficggm@RedFMIndiapic.twitter.com/nXkniXRSCn

Several traffic routes in Delhi will also be restricted, according to a traffic advisory tweeted by the Delhi police.

Listing several routes, the Delhi police said that the public and motorists "are advised to avoid the above routes during this period and follow the directions of the traffic policemen".

Checking of vehicles has been stepped up on border areas to ensure that "unscrupulous" elements do not enter the national capital to disrupt the rally, according to the sources said.

In a statement, senior BJP leader Vijay Goel said preparations for the rally, which is being organised to thank PM Modi for giving ownership rights to 40 lakh residents of 1731 unauthorised colonies, are in full swing.