PM Picks Plastic From Waste Along With Garbage Workers In UP 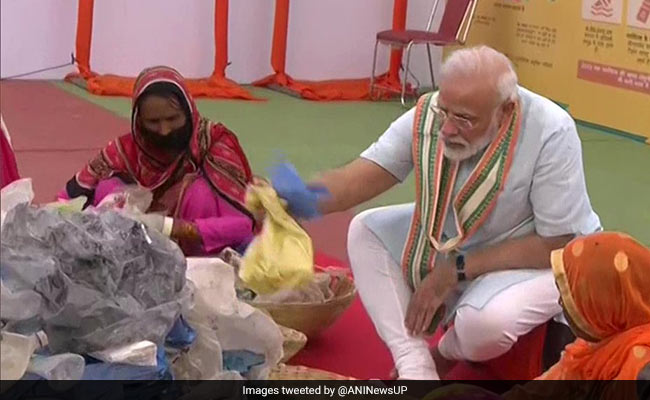 Prime Minister Narendra Modi sat with women who pick plastic from garbage and helped them out on Wednesday, in an event in Mathura in Uttar Pradesh. Images of the PM sitting on the ground with the women and sorting plastic from waste made for a powerful message in his mission to end single-use plastic.

Some 25 garbage workers met the PM as part of the "Swachhta Hi Seva" programme.

The women, standing with piles of garbage, wore masks and a glove. They reportedly responded to the PM's questions about garbage usually generated from households and the amount of plastic in them. The women were also honoured for their work.

PM Modi was also seen getting down to segregate garbage in an attempt to demonstrate the importance of ending the use of plastic. 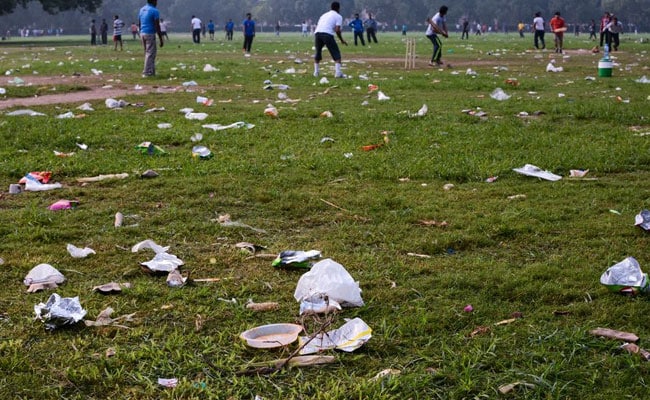 On Monday at a United Nations conference, the Prime Minister had referred to India's resolve to end single-use plastics and urged other nations to embrace it.

"My government has announced that India would put an end to single-use plastics in the coming years. We are committed to the development of environment-friendly substitutes and also an efficient plastic collection and disposal method," said the Prime Minister.

The government has pledged to eliminate single-use plastic by 2022.

As part of the effort, the government is likely to put out descriptors of what constitutes single-use plastic.