After his Gujarat tour ended, PM Modi headed to Madhya Pradesh's Dhar, where he will address a mega-rally of tribals. 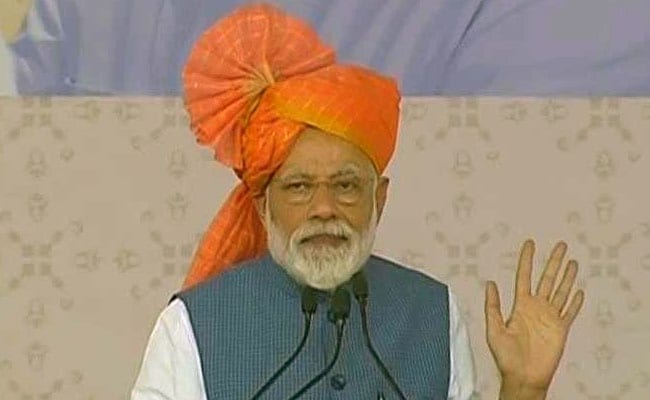 PM Modi's visit to Dhar was earlier scheduled for February 15 but was postponed after the Pulwama attack.

Prime Minister Narendra Modi was on the second day of his visit to his home state Gujarat. PM Modi was present at the National Launching Ceremony of Pradhan Mantri Shram Yogi Pension Yojana (PM-SYM Scheme 2019) for unorganised workers in Ahmedabad. PM Modi launched the pension scheme for the unorganized sector workers, the Pradhan Mantri Shram Yogi Maan-dhan, through the online fund transfer to beneficiaries. After his Gujarat tour ended, PM Modi headed to Madhya Pradesh's Dhar, where he will address a mega-rally of tribals. The event was slated for February 15, but was postponed in wake of the Pulwama terror attack.

Here are the highlights of PM Narendra Modi's rallies today:

Mar 05, 2019 17:25 (IST)
India gave a befitting reply to Pulwama attack by entering den of terrorists. We have told them (Pakistan), if they don't improve, they know what will happen to them: Prime Minister Narendra Modi
Mar 05, 2019 16:53 (IST)
Air strikes happened in Pakistan, but some people in India felt the shocks: Prime Minister Narendra Modi said in Madhya Pradesh's Dhar
Mar 05, 2019 16:51 (IST)
You think our brave soldiers did the right thing. The entire nation thinks that we did right. But some people don't think so: Prime Minister Modi said in Madhya Pradesh's Dhar
Mar 05, 2019 16:48 (IST)
Party which ruled our country for decades is now questioning ability of our brave forces, especially a leader from Madhya Pradesh. Today he said Pulwama terror attack is an accident. This is their mentality: Prime Minister Modi said in Dhar in a reference to Digvijaya Singh's tweet
Mar 05, 2019 13:56 (IST)
Slamming the Opposition and an impending grand alliance, PM Modi said, "They're trying to remove Modi with their efforts to build a Maha-adulteration. Modi is putting efforts to protect the interests of farmers and workers. They're making efforts to strike Modi, and Modi is working to strike terror." Opposition leaders like Rahul Gandhi, Mamata Banerjee and Akhilesh Yadav have been asking for details of the air strike and its impact following skeptical reports by a section of the world media. Congress leders Kapil Sibal and Digvijaya Singh asked for evidence. Ms Banerjee had said the nation has a "right to know" what happened after the Indian Air Force's strike. The BJP's ally Shiv Sena today said citizens have the right to know about the casualties in the air strike.
Mar 05, 2019 13:34 (IST)
"Poverty a state of mind for those oblivious to sleeping hungry," news agency PTI quoted Prime Minister Modi, in an apparent dig at Congress President Rahul Gandhi. "For some, poverty just an opportunity for clicking photos," he added.
Mar 05, 2019 13:20 (IST)
PM Modi Addresses A Rally In Ahmedabad
Mar 05, 2019 13:19 (IST)
PM Modi was today present in Ahmedabad at the national launch of Pradhan Mantri Shram Yogi Pension Yojana (PM-SYM Scheme 2019) for unorganised workers. 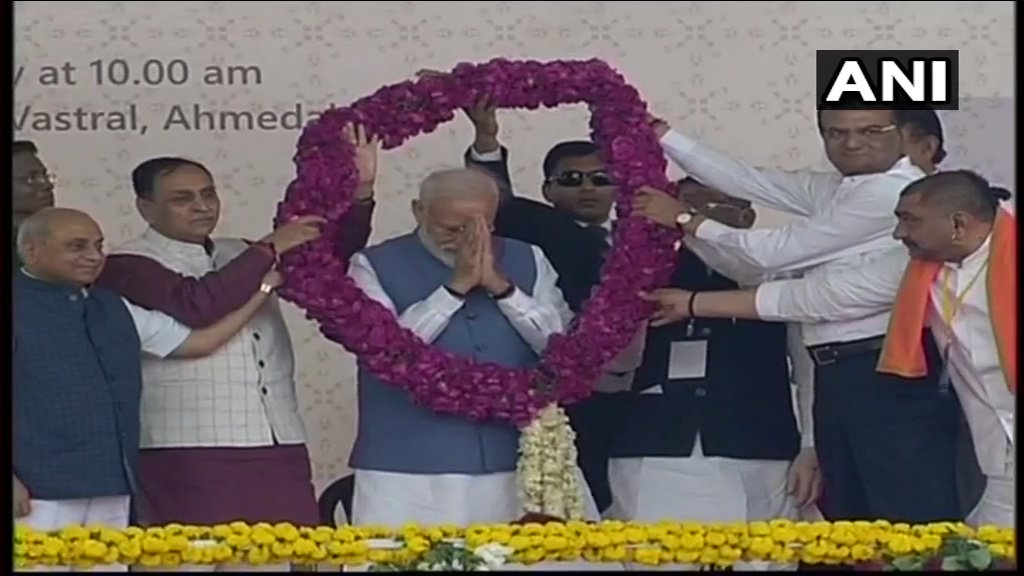