PM Modi Interacts With Street Vendors, Asks Them To Stop Use Of Single-Use Plastic Bottles 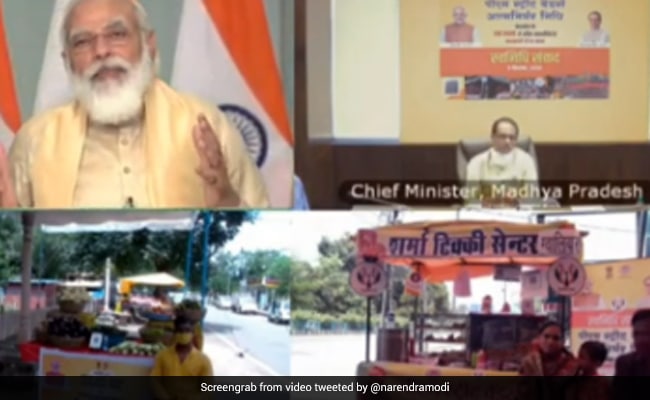 Prime Minister Narendra Modi today interacted with the beneficiaries of PM Street Vendors' Aatmanirbhar Nidhi (PM SVANidhi) scheme from Madhya Pradesh and stressed on the use earthen pitchers instead of single-use plastic bottles for drinking water.

He interacted virtually with street vendor Chaganlal and his wife from Sanver in Indore district, Gwalior's Archana Sharma and vegetable vendor Dalchand in Raisen district.

PM Modi advised Chaganlal how to enhance his business by asking customers to return the pipe used in making broomsticks to reduce the cost of making a broomstick.

Mr Chaganlal also told PM Modi that he wanted to enhance his business.

The PM advised him to use an earthen pitcher instead of a single-use plastic bottle for drinking water to save the environment.

PM Modi also asked him about the Ujjwala Yojna and how it benefited his family.

Interacting with Gwalior's Archana Sharma, PM Modi asked whether she would serve him "tikki" (patties) that she sells at her joint. He also asked her about the SVANidhi scheme and how it benefitted her.

He also asked her if she is aware of the Ayushman Bharat scheme, to which she said her husband was getting treatment through this scheme only.

He also suggested him ways to improve his vegetable business.