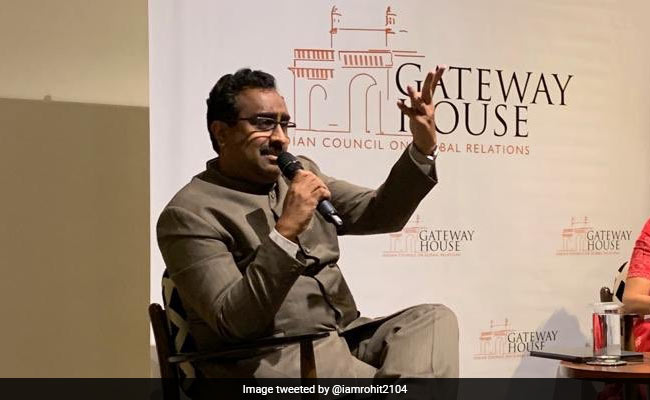 Ram Madhav said Article 370 had been used to deny people their fundamental rights in Jammu and Kashmir.

Praising the abrogation of Article 370 of the Indian Constitution, BJP national general secretary Ram Madhav said it took only 72 hours for Prime Minister Narendra Modi to end 72 years of agony in Jammu and Kashmir.

"It took just 72 hours for Prime Minister Narendra Modi to end 72 years of agony due to this draconian Article 370. It took one Modi to end it, one who could see, feel and was willing to take stern decisions to give people their due rights," Mr Madhav said at the 'New India, New Kashmir' event in Kochi on Sunday.

He added Article 370 had been used to deny people their fundamental rights in Jammu and Kashmir.

"Those protesting against the dilution of Article 370 should know it was against the fundamental rights. Kashmir decided they will have their own laws, their own citizens, and the rights given to people will have to be ratified by the state government, this was all the doing of 35-A which was inserted in 1954 through a sleight of hand. It created two sets of people, one set with more rights than the other," Mr Madhav said.

Slamming those who supported Article 370, Mr Madhav said: "It denied people their political rights. It is against development and dignity of people. I want to ask CPM, LDF and UDF parties are you in favour of the rights of people."

"Today, here in Kerala there might be hundreds of companies which are registered on Bombay Stock Exchange (BSE) or even in international exchanges like that of New York. But there is just one company registered on the stock exchange from the entire Jammu and Kashmir and that too is the Jammu & Kashmir Bank of the state government," he said.