Prime Minister Narendra Modi will join US President Joe Biden and prime ministers of Australia and Japan at the Quad summit in Tokyo on May 24. 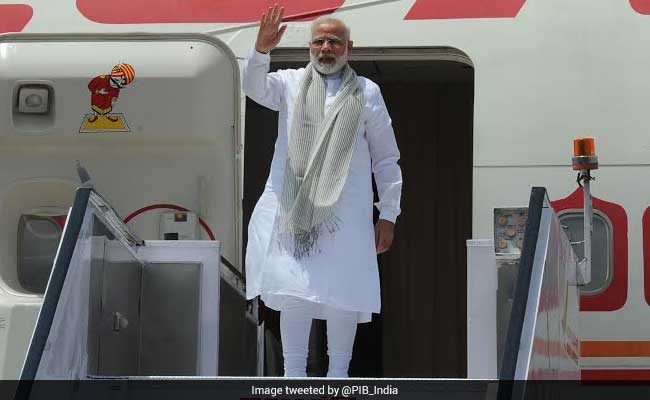 PM Modi will spend one night in Tokyo and two nights in the plane travelling. (File)

Prime Minister Narendra Modi will have 23 engagements, including meetings with three world leaders, in around 40 hours of stay in Japan where he will join US President Joe Biden and prime ministers of Australia and Japan at the Quad summit in Tokyo on May 24, official sources said.

They said PM Modi during his visit will have business, diplomatic and community interactions.  He will interact with at least 36 Japanese CEOs and also with hundreds of Indian diaspora members.

The prime minister will spend one night in Tokyo and two nights in the plane travelling, the sources said.

PM Modi will have bilateral talks with Biden and his Japanese counterpart Fumio Kishida during the summit which is taking place amid the Russian invasion of Ukraine. He will also hold a bilateral meeting with his Australian counterpart.

While announcing the prime minister's participation in the summit, the External Affairs Ministry had said, "At the invitation of Prime Minister of Japan Fumio Kishida, Prime Minister Narendra Modi will participate in the third Quad Leaders' Summit in Tokyo on 24 May 2022 along with President Joseph R Biden Jr. of the US and the Prime Minister of Australia."

The forthcoming Quad summit provides an opportunity for the leaders to exchange views about developments in the Indo-Pacific region and contemporary global issues of mutual interest, the MEA had said.

"The leaders will review the progress of Quad initiatives and working groups, identify new areas of cooperation and provide strategic guidance and vision for future collaboration," it added.