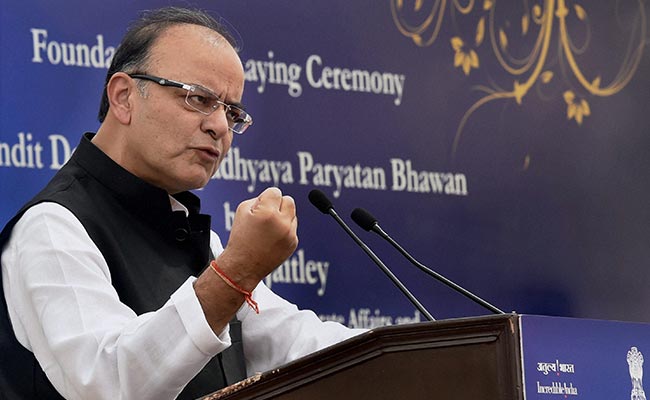 New Delhi: Terming Prime Minister Narendra Modi's US visit as a new milestone, Finance Minister Arun Jaitley today said global corporates want to do increased business in the country and heads of governments are associating with India at a new wavelength.

In a Facebook post, Mr Jaitley said Mr Modi is seen as a "decisive leader", who is pursuing changes and reforms in the right direction, and stressed a mood of despondence that existed 16 months ago has completely changed.

"His directional push to reforms and growth is no way impacted by the anti-growth attitude of the Congress Party. His determination appears to be firm. The result is that even in an adverse environment of global slowdown, India is showing potential of a respectable growth rate," the Finance Minister said.

"The Prime Minister's visits have created an unprecedented impact. Packed stadiums listen to him with great attention. There is an election like mood of frenzy in the audience," he said.

"It is time to analyse how this change came about? How is it that a mood of despondence that existed sixteen months ago has completely changed? Mr Jaitley said.

Mr Jaitley said Mr Modi is strongly embedded to his cultural roots and yet realises the importance of economically modern ideas, technology and faster growth.