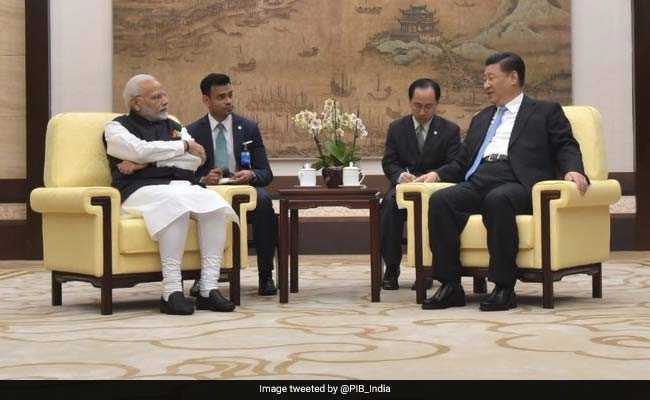 PM Modi in China: The summit is expected to stabilise India-China ties.

The two-day informal summit between Prime Minister Narendra Modi and Chinese President Xi Jinping began today in Wuhan, China. PM Modi arrived in Wuhan in the Chinese province of Hubei on Thursday ahead of the informal meet. The two-day "heart-to-heart" summit will see the two leaders discussing global, regional and bilateral issues. Ahead of the two-day summit, Chinese Vice Foreign Minister Kong Xuanyou told the media that the two leaders may not release a joint statement at the end of the meet. "Both sides have agreed not to sign an agreement or release any joint document but reach important consensus to resolve outstanding issues," he said.

"At the informal summit, the two leaders will have heart-to-heart discussions on overarching issues and try to build mutual trust and consensus to resolve outstanding differences," Mr Kong said.

Wuhan is said to be the favourite holiday spot of China's revolutionary leader Mao Zedong. PM Modi and Xi Jinping will spend time at the East Lake in the city that has the iconic holiday villa of Mao, which is now a memorial where Xi is expected to take PM Modi around.

Here are the live update on PM Modi-Xi Jinping meeting in China:

Apr 27, 2018 21:50 (IST)
"I thank President Xi Jinping for the wonderful gesture of personally accompanying me in the Hubei Provincial Museum. The Museum is home to great facets of Chinese history and culture," PM Modi tweeted.
Apr 27, 2018 17:28 (IST)
Stressing on the importance of India to China, Prime Minister Narendra Modi said, "This is possibly for the first time that you have met a country's leader twice outside the capital, Beijing. This is a sign of the importance that you accord to India as a country."
Underscoring the need to work together, Prime Minister Modi added, "We (India-China) have the responsibility to work for 40 per cent of the world population. This means trying to successfully get the world rid of many problems. To work together towards this is a big opportunity for us."
Apr 27, 2018 16:22 (IST)
Chinese President Xi Jinping told Prime Minister Narendra Modi that he hopes their meeting opens a new chapter for bilateral ties, state radio reported. PM Modi arrived in the central Chinese city of Wuhan earlier in the day for an ice-breaking informal meeting with Xi after months of tension between the neighbours.
Apr 27, 2018 16:11 (IST) 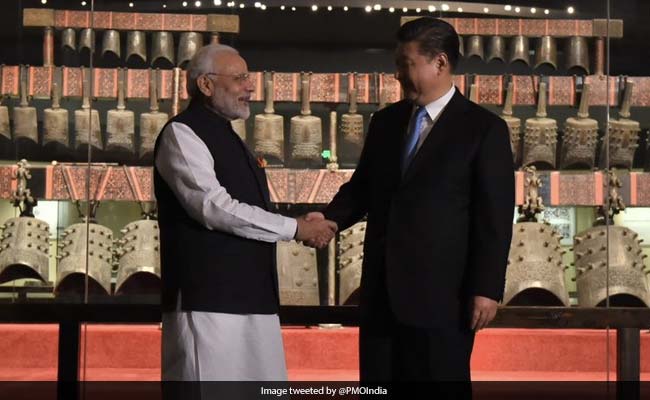 The next meeting should be in India, PM Modi has told Chinese President Xi Jinping in China.
Apr 27, 2018 14:34 (IST)
Rahul Gandhi in an apparent swipe at the PM Modi-Xi Jinping meet tweeted this afternoon. Calling it a "No Agenda" visit, he said PM Modi looked tense.

Saw the live TV feed of your "No Agenda" China visit.

India wants to hear you talk about these crucial issues.

You have our support. 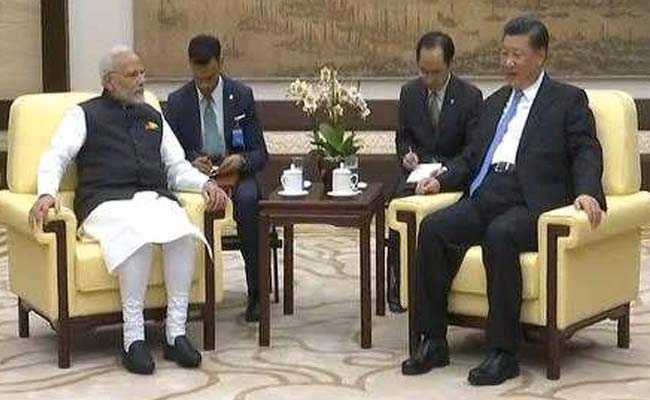 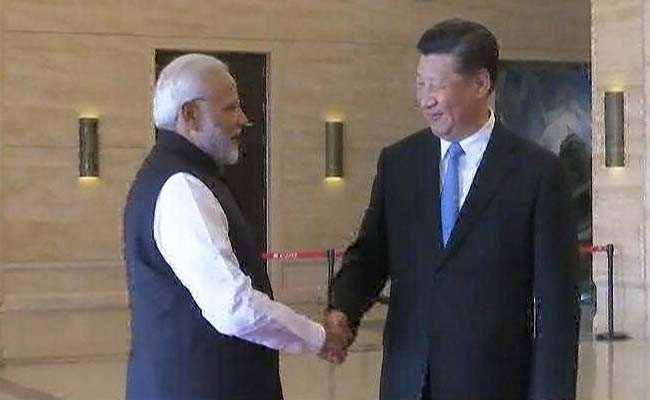 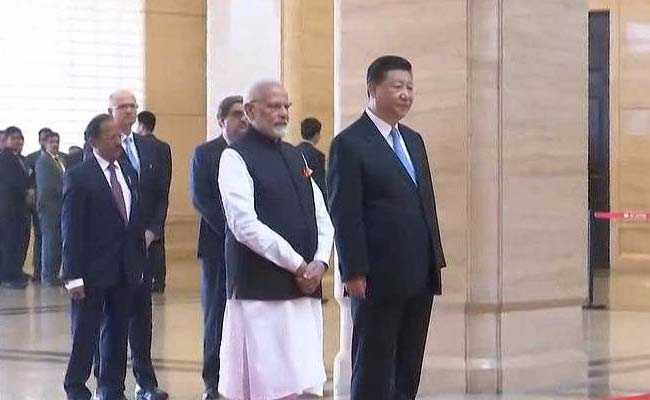 Apr 27, 2018 12:34 (IST)
Hours before the PM Modi- Xi Jinping informal meet, Congress started a poll on Twitter to take a jibe on the prime minister.

How do you think PM Modi will address the Doklam issue in his meeting with President Xi Jinping? #IndiaSpeaks

Apr 27, 2018 09:17 (IST)
PM Modi and Xi Jinping will meet at 3:30 pm local time today at Hubei Provincial Museum, located in the shore of East Lake of Wuchang in Wuhan. The museum is one of the best known in the country with historic and cultural relics. A "dazzling landmark building" in Wuhan City, according to a government website, it is also "a fine scenery spot".
Apr 27, 2018 09:07 (IST)
In a tweet, PM Modi also said that long-term Indo-China relation will also be the focus of the two-day informal summit.

We will also review the developments in India-China relations from a strategic and long-term perspective.

Apr 27, 2018 08:56 (IST)
Ahead of the PM Modi-Xi Jinping meet, Defence Minister Nirmala Sitharaman and External Affairs Minister Sushma Swaraj attended the foreign and defence ministers' meet organised by the Shanghai Cooperation Organisation or the SCO in China. During her meeting with General Wei Fenghe, Ms Sitharaman said that differences should not lead to disputes in relations between India and China. Ms Swaraj also raised security concerns and talked about protectionism.
Apr 27, 2018 08:48 (IST)
In reference to the meet, PM Modi in a statement said: "President Xi and I will exchange views on a range of issues of bilateral and global importance... We will also review the developments in the India-China relations from a strategic and long-term perspective."
Apr 27, 2018 08:48 (IST)
Xi Jinping visited PM Modi's home state, Gujarat, in 2014 where Xi at  Sabarmati Ashram in Ahmedabad tried operating a "charkha" or spinning wheel - Mahatma Gandhi's iconic symbol that reminds Indians of over 200-year long freedom struggle against the British.
Apr 27, 2018 08:19 (IST)
India-China ties were strained last year over the 73-day long standoff in the Doklam region. However, the summit, which otherwise has no fixed agenda, is expected to stabilise the relationship between the two Asian countries.
"It is the common expectation of both peoples to stabilise relations between the Chinese and Indian armed forces and maintain peace and tranquility at the border areas," China's military spokesman, Col. Wu Qian, told the media in Beijing on Thursday.
PM Modi-Xi Jinping MeetIndia-China TiesPM Modi in China