During his visit, PM Modi will also participate in an event at Mahaparinirvana temple and lay foundation stones for development projects in Kushinagar. 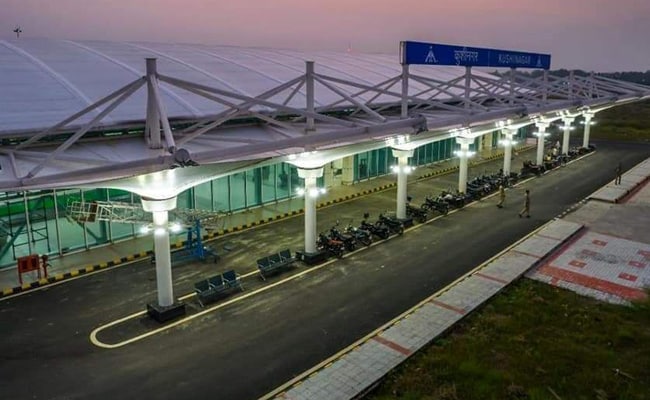 The Kushinagar airport has been built at an estimated cost of Rs 260 crore.

The inauguration is expected to take place around 10 am, after which the first flight will land at the airport from Colombo, carrying a delegation of over 100 Buddhist monks and dignitaries.

The airport - built at an estimated cost of Rs 260 crore - will benefit domestic as well as international pilgrims by providing seamless connectivity to the Mahaparinirvana sthal of Lord Buddha.

The airport will serve nearby districts of Uttar Pradesh and Bihar.

After inaugurating the Kushinagar International Airport, PM Modi will take part in an event to mark Abhidhamma Day at Mahaparinirvana temple.

The airport will benefit domestic as well as international pilgrims.

After offering prayers to the reclining statue of Lord Buddha there, PM Modi will plant a Bodhi tree sapling. Abhidhamma Day symbolises the end of a three-month rainy retreat - Varshavaas or Vassa - for Buddhist monks, during which they stay at one place and pray, an official statement said.

The event will be attended by monks from Sri Lanka, Thailand, Myanmar, South Korea, Nepal, Bhutan, and Cambodia, and ambassadors of many countries. 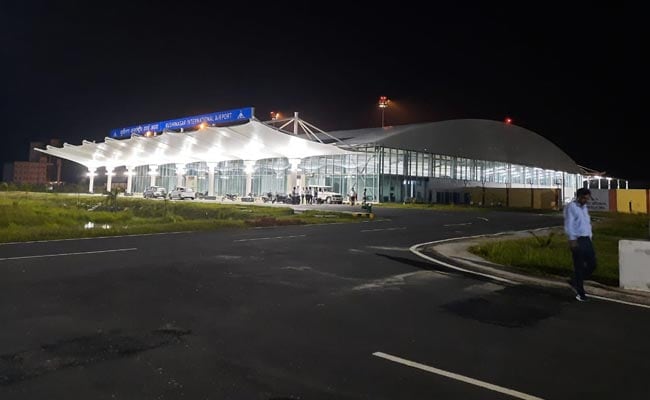 The Kushinagar airport will serve nearby districts of UP and Bihar.

PM Modi will also attend an exhibition of paintings of Ajanta frescos, Buddhist Sutra Calligraphy, and Buddhist artifacts excavated from Vadnagar and other sites in Gujarat.

After this, the Prime Minister will lay the foundation stone for the Rajkiya Medical College, which will be built at a cost of Rs 280 crores. The college will have a 500-bed hospital and provide admissions to 100 students in the MBBS course for 2022-23.

The will inaugurate and lay the foundation stone of 12 development projects worth over Rs 180 crore.