"Unfortunate Chauri Chaura Martyrs Not Given Due Place In History": PM

Chaura Chaura centenary: PM Modi said it was "unfortunate" that those who died in the Chauri Chaura incident were not given due place in history. 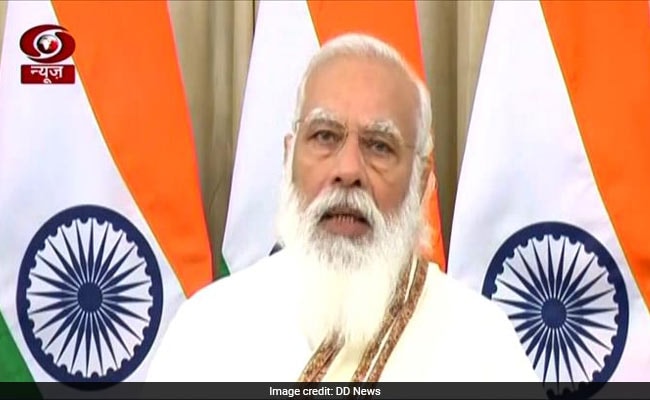 Prime Minister Narendra Modi on Thursday said it was "unfortunate" that those who laid down their lives in the Chauri Chaura incident in 1922 were not given due place in the pages of history. "Whatever happened in Chauri Chaura 100 years ago was seen as a simple incident of arsoning of a police station. Its message was very big and wide. Earlier, whenever there was talk of Chauri Chaura, it was seen in the context of a simple arsoning incident. But the fire was not only at police station but in the hearts of Indians as well," the Prime Minister said.

PM Modi was speaking after inaugurating via video conference the centenary celebrations of the historic Chauri Chaura incident, a landmark event in the country's fight for Independence.

"Chauri Chaura (incident) was a self-motivated struggle of common people. It is unfortunate that martyrs of this incident were not given prominent place in the pages of history... I appreciate the team of Chief Minister Adityanath for the year-long celebrations," PM Modi said. The Prime Minister added that there were few incidents during the freedom struggle wherein 19 freedom fighters were given the capital punishment for one incident.

"At a time when the Britishers were adamant on giving capital punishment, Baba Raghav Das and Pandit Madan Mohan Malviya saved 150 of them from being hanged," PM Modi said. He said the youth should research and write papers and bring the Chauri Chaura facts to light.

A group of freedom fighters participating in the non-cooperation movement launched by Mahatma Gandhi in 1922 were fired upon by the police, leading to death of many of them. In retaliation, the protestors attacked and set fire to the Chauri Chaura police station, killing many of its occupants. Mahatma Gandhi had called off the movement due to the violence.

Poila Boishakh 2021: In Pics, The Bengali New Year Amid Covid