The four plants, along with 29 other ongoing projects in Bihar under the Namami Gange scheme, once completed will leave no untreated sewage water from Patna flowing into Ganga. 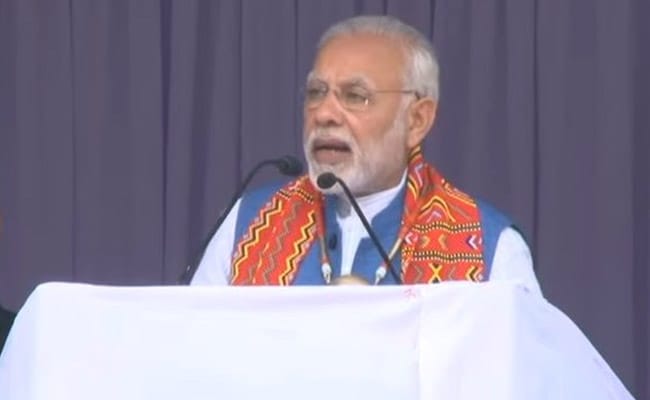 The sewerage projects to be inaugurated by PM Modi are worth Rs 1,111.56 crore. (File photo)

New Delhi: Prime Minister Narendra Modi is scheduled to visit Bihar's Motihari as well as capital Patna where he will lay the foundation stone for four sewerage projects, an official release said on Monday.

PM Modi will also address 20,000 Swachhagrahis (ambassadors of cleanliness) as part of the concluding ceremony of centenary celebrations of the Champaran Satyagraha.

The sewerage projects are worth Rs 1,111.56 crore. "These four projects together will create new sewage treatment plant (STP) capacity of 60 MLD and lay the sewer network of 376.12 km in Saidpur and Pahari sewerage zones of Patna," the release said.

The expected sewage load for Patna by 2035 is estimated to be 320 MLD.

The four plants, along with 29 other ongoing projects in Bihar under the Namami Gange scheme, once completed will leave no untreated sewage water from Patna flowing into Ganga, it said.

The theme of the centenary celebrations of the Champaran Satyagrah is "Satyagrah se Swachhagrah".

Mahatma Gandhi launched the Champaran Satyagrah on April 10, 1917 against the British to fight for the rights of farmers who were forced to undertake indigo cultivation.

Promoted
Listen to the latest songs, only on JioSaavn.com
Swachhagrahis are the 'foot soldiers' and motivators to implement the Community Approaches to Sanitation at the village level.

No Multilateral Protocol At Present On International Travel Of Covid Vaccinated People: Government