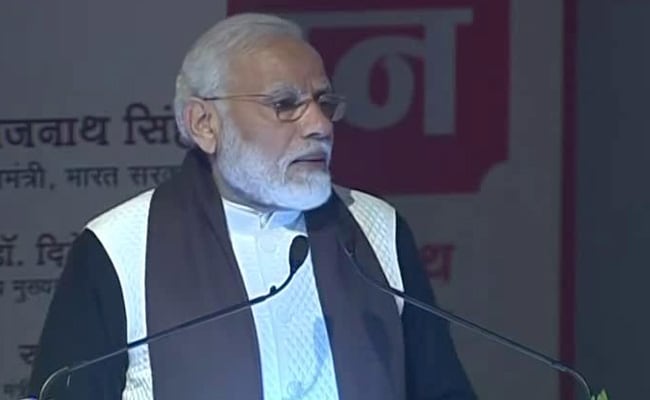 Prime Minister Narendra Modi, who is on a two-day visit to Karnataka, addressed the 107th session of Indian Science Congress in Bengaluru today. He said: "India has gone to the number 3 position in peer-reviewed science and engineering publications. It is also growing at a rate of about 10%, compared to the global 4%."

"The growth story of India depends on its success in science and technology. We need to transform the landscape of the Indian science tech and innovation," the PM added.

Here are the Highlights on PM Modi's address at Indian Science Congress:

Jan 03, 2020 11:15 (IST)
Trying to reduce import of crude oil: PM Modi at Indian Science Congress
"We must try and change all forms of waste into wealth as soon as possible. We're trying to ensure that by 2022, we reduce the import of crude oil by 10%."
"There are immense opportunities for start-ups that want to work in bio-fuel and ethanol production," says PM Modi.
We also need to find better and faster solutions to the problems of clean drinking water, the PM adds.
Jan 03, 2020 11:05 (IST)
Money transferred to 6 crore farmers' bank accounts: PM
"Our government has created a record by transferring money directly to 6 crore farmers' bank accounts under the PM Kisan Samman Nidhi Yojana. This was made easier by Aadhar-enabled technology," he says.
"Technology has helped us in recognizing the 8 crore women who were still using coal or wood for cooking. It also helped us in understanding how many new distribution centres must be built, via the help of technology."
Jan 03, 2020 11:02 (IST)
India's ranking improved in innovation index: PM Modi
"India has gone to the number 3 position in peer-reviewed science and engineering publications. It is also growing at a rate of about 10%, compared to the global 4%. I am also happy to learn that India's ranking has improved in the innovation index to 52," says PM Modi
"My motto for the young scientists -- 'Innovate, Patent, Produce and Prosper'. These four steps will lead our country towards faster development," he adds.
"The growth story of India depends on its success in science and technology. We need to transform the landscape of the Indian science tech and innovation."

Jan 03, 2020 10:58 (IST)
PM Modi says the whole world is coming to Bangalore for science and tech
The city of gardens is now a wonderful field for start-ups. The whole world is coming to innovate here.... Research and Development ecosystem has been established by Bengaluru.
"We start the new year with positivist for science and technology. I have been told that India has gone up at the third position in peer freview of science."
Jan 03, 2020 10:57 (IST)
PM Modi speaks at Indian Science Congress:
The Prime Minister says: "Happy that one of my first programs in the start of a new year and the new decade is linked to science, technology and innovation. This program is happening in Bengaluru, which is a city associated with science and innovation."
He says: "The last time I had come to Bengaluru was when the eyes of the nation were on Chandrayaan-2. That time, the manner in which our nation celebrated science, our space program and the strengths of our scientists... will always be a part of my memory."
Jan 03, 2020 08:58 (IST)
PM Modi will address the 107th Session of the India Science Congress at the University of Agricultural Sciences, GKVK, in Bengaluru.

Prime Minister @narendramodi to address the 107th Session of the India Science Congress" at 10:00 AM today at University of Agricultural Sciences, GKVK, Bengaluru. pic.twitter.com/LdcABaXG29