The metro projects will provide an environment-friendly mass rapid transit system to the two cities in Gujarat, according to the Prime Minister's Office. 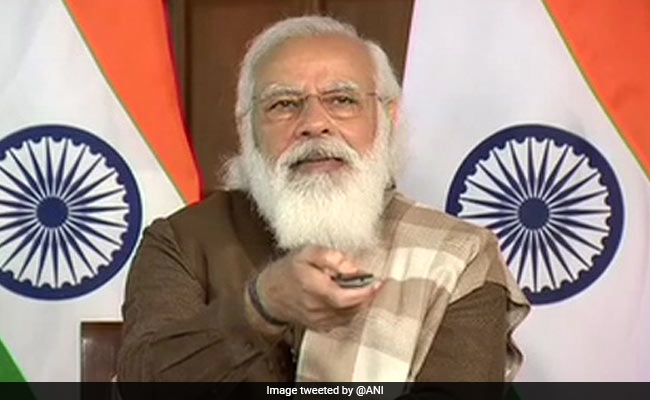 PM performed the "Bhoomi Poojan" for the two Gujarat Metro projects via video-conferencing.

"These metro projects are being conceptualised to meet the needs of the future. Our cities will get better facilities," PM Modi said.

He further added that during the previous regime there was less significant work on expansion of metro railways in the country.

PM Modi said Surat is eighth biggest city in terms of population and fourth fastest growing city in the world. "Nine out of 10 diamonds are cut in Surat. In Surat, 20 per cent population used to live in jhuggis and now it is only 6 per cent," he added.

Earlier today, PM Modi had tweeted to say that the Surat Metro and Phase-2 of the Ahmedabad Metro will mark as a "landmark day" for the two leading urban centres in the state.

"Today is a landmark day for two of Gujarat's leading urban centres. The Bhoomi Poojan of Surat Metro and Phase-2 of the Ahmedabad Metro would take place at 10:30 AM," PM Modi said in a tweet.

The metro projects will provide an environment-friendly mass rapid transit system to the two cities in Gujarat, according to the Prime Minister's Office.

The Ahmedabad Metro Rail Project Phase-II is 28.25 km long with two corridors. The 22.8-km-long corridor-I is from Motera Stadium to Mahatma Mandir, while the 5.4-km-long corridor-II is from GNLU to GIFT City. The total completion cost of the Phase-II project is ₹ 5,384 crore, a statement issued by the PMO said.

The Surat Metro Rail Project is 40.35 km long and comprises two corridors. The 21.61-km-long corridor-I is from Sarthana to Dream City, while the 18.74-km-long corridor-II is from Bhesan to Saroli. The total completion cost of the project is ₹ 12,020 crore, the PMO said.

With additional inputs from agencies