According to a party statement, JP Nadda said BJP's target is to organise programmes for people to listen to ''Mann Ki Baat'' at every booth across the country by May 2022. 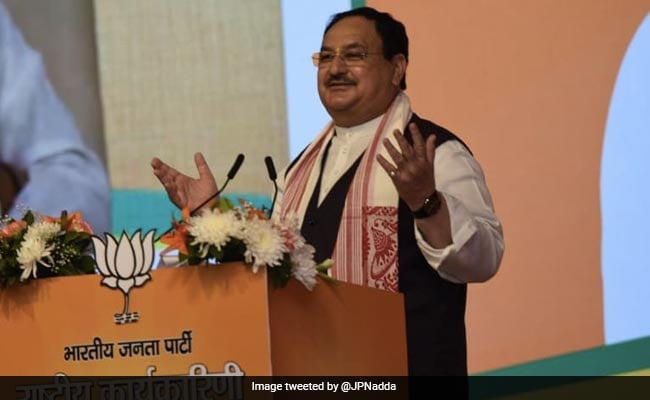 BJP president JP Nadda on Sunday said that Prime Minister Narendra Modi has never used his monthly radio programme ''Mann Ki Baat'' for political gains and presents varied issues through it in a way that is not only inspiring but also encouraging.

According to a party statement, Mr Nadda said the BJP's target is to organise programmes for people to listen to ''Mann Ki Baat'' at every booth across the country by May 2022.

The BJP president listened to PM Modi's this month's episode of the radio programme at Moti Bagh in Vasant Vihar zone with senior party leaders and supporters.

"He (Modi) has always tried to highlight the culture and skills of the people of the country besides focusing on unity and integrity," the statement quoted Mr Nadda as saying.

"The PM presents issues of culture, customs, lifestyle, pollution, women empowerment, sports and economics from the country and abroad in his Mann ki Baat (programme) in a way that is not only inspiring but also encouraging and teaches us something," the BJP president said.

"Our effort will be to organise such programmes at every booth in the country by coming May so as to promote unity," Mr Nadda said.

In his ''Mann Ki Baat'' radio broadcast earlier in the day, PM Modi said India is leading the world in the field of start-ups with more than 70 of them having crossed the valuation of USD 1 billion.

He also said that he wants to be in service of people and not be "in power".