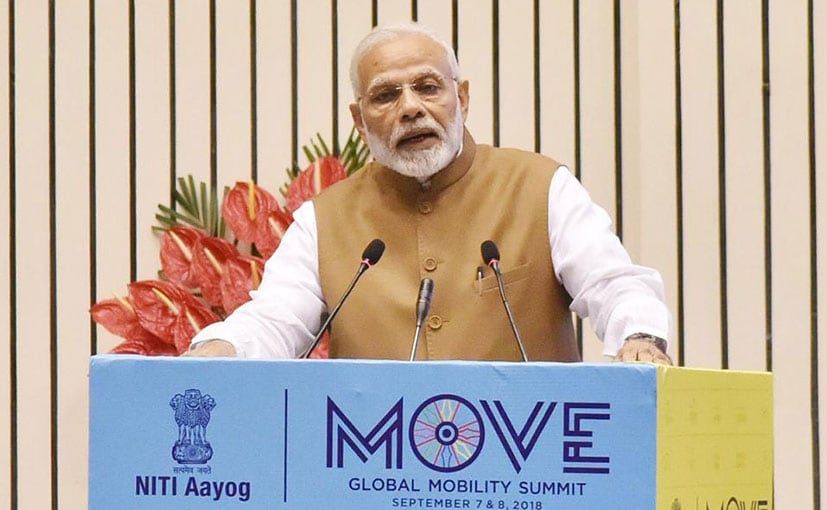 Prime Minister Narendra Modi is likely to hold a review meet this weekend to analyse the health of the economy and deliberate if any intervention measures are required to stem the fall of rupee and rising oil prices, sources said.

An increase in interest rate to shore up the rupee, that hit a fresh lifetime low Wednesday, is also being talked about in some quarters.

While the structure of the meeting is not known, it may review macroeconomic indicators, government finances and implementation of flagship financial inclusion and other development schemes, they said.

The meeting comes in the backdrop of the Indian currency touching its lifetime low of 72.91 to a dollar, depreciating 12.3 per cent since the beginning of 2018.

The rupee Wednesday rebounded from its historic low of 72.91 to end higher by 51 paise at 72.18 after the Finance Ministry assured of steps to avert its fall to "unreasonable levels".

Besides having an impact on current account deficit, the nosediving rupee has made imports costlier and led to petrol and diesel prices skyrocketing to record highs.

The Finance Ministry has ruled out any cut in taxes to ease the burden on consumers, saying it does not have the bandwidth to lose any revenue without developmental spending being cut. The government can ill-afford this in an election year.

Opposition parties led by Congress have made spiralling fuel prices and plummeting rupee a political issue and questioned the efficacy of the government's economic policies.

They have been demanding that the Centre cut excise duty and some of the states ruled by them including Andhra Pradesh and West Bengal have announced measures to cut local taxes.

Every Rs 2 cut in price of petrol and diesel would lead to a revenue loss of around Rs 30,000 crore, as per ministry estimates.

The government has so far maintained that it would not take any knee-jerk action as a response to the fall in rupee or spike in fuel prices.

Also, boosting the government was retail inflation rate easing to a 10-month low of 3.69 per cent in August.

Sources said while the Centre has virtually ruled out a cut in excise duty, saying that it would mean that a commensurate reduction in developmental expenditure has to be undertaken to keep the fiscal deficit at the budgeted level, it is up to the states to reduce VAT on petrol and diesel.

The retail price of petrol and diesel is arrived at after adding excise duty, which is charged by the Central government, commission paid to petrol pumps dealers and VAT, charged by the state governments.

While Brent crude oil price is hovering at around $79 a barrel, the relentless slide in rupee has put pressure on the oil import bill.

The Current Account Deficit (CAD), which is the difference between inflow and outflow of foreign exchange, rose to $18 billion or 2.4 per cent of GDP in the April-June quarter on account widening trade deficit.