Delhi's Shaheen Bagh, the heart of protests against the Citizenship (Amendment) Act, had received worldwide attention after the citizenship law cleared the parliament last year. 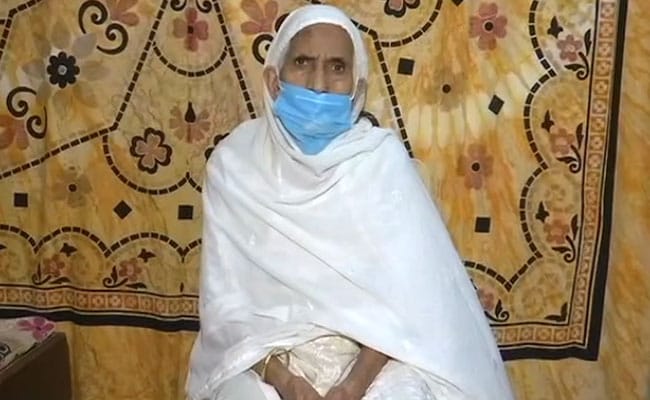 Bilkis Dadi from Delhi's Shaheen Bagh, who is on TIME magazine's list of 100 "Most Influential People of 2020", has said that Prime Minister Narendra Modi is "my son" and she would be happy to meet him, if invited. The 82-year-old woman became the face of anti-citizenship law protests in the country earlier this year.

Delhi's Shaheen Bagh, the heart of protests against the Citizenship (Amendment) Act, had received worldwide attention after the citizenship law cleared the parliament last year. Most of the protesters participating in the sit-in, which continued till late-March, were women. Recalling the struggle of the protesters, Bilkis, a.k.a "Dadi of Shaheen Bagh", told news agency ANI: "We continued our sit-in even as it rained or mercury dropped or temperature shot up. We had been sitting ever since our kids were thrashed in Jamia. Shots were fired in front of us, yet nothing deterred us."

On being asked if she would go to meet the Prime Minister, if invited, she said: "Why not. I would go. What's there to be scared about?" As the reporter asked her if she would like to share her grievances with PM Modi, she said: "Modi ji is my son. I am like his mother. I didn't give birth to him... my sister did. (But) he is my child."

The Shaheen Bagh protest site was cleared up on March 24 as the national capital reported its first few Covid cases and restrictions were announced.

"We do what we say": Rahul Gandhi On Congress Waiving Farmers' Loans