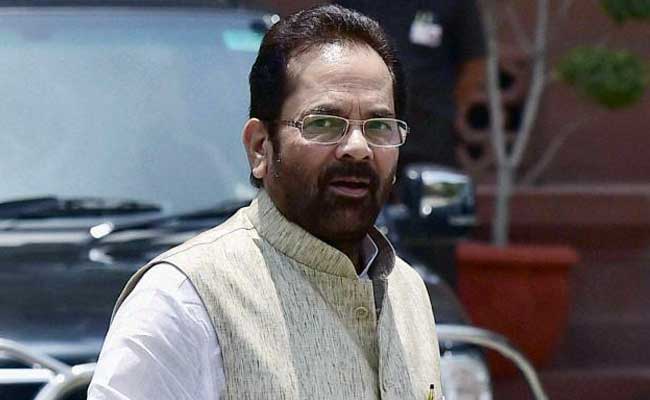 Efforts are being made to create hindrance in the way of development, Mukhtar Abbas Naqvi said. (File Photo)

Jaipur: Prime Minister Narendra Modi has been the victim of a "secular syndicate" and "intolerance" for the last 20 year, Union minister and BJP leader Mukhtar Abbas Naqvi said today.

"Modi has been the victim of 'Siyasi Secular Syndicate' and intolerance for the last two decades. As the Chief Minister of Gujarat, he was the face of development and now as the Prime Minister he is working for the empowerment of the poor and youth," the Minister of State for Minority Affairs said here.

"After coming to power, the PM has eliminated power brokers from within the corridors of power. He is working on the agenda of development which 'Loot ke Langoor' (people who looted the country through scams) are not being able to digest," Mr Naqvi said.

He also said that efforts are being made to create hindrance in the way of development through a campaign spreading disinformation but the government is committed to delivering good governance and accelerating growth.

The agenda of development will remain unaffected, he said.