PM Modi said that experts have stated that the growth witnessed by the country after 1990, in the past three decades, will happen in just a few years. 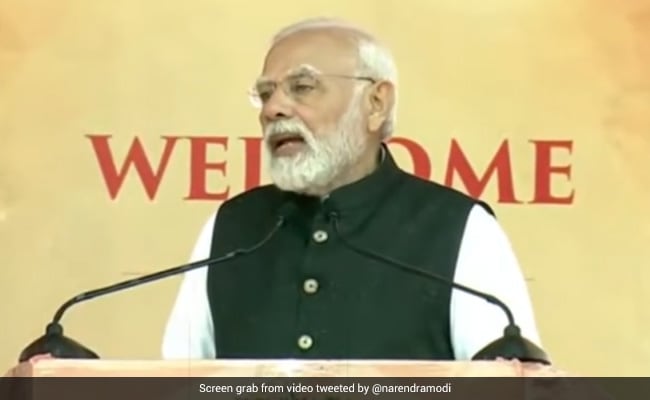 PM Modi was speaking after dedicating a fertiliser plant to the nation in Telangana.

India is marching towards becoming the third largest economy in the world according to experts, even when the world is going through a critical time, Prime Minister Narendra Modi said on Friday.

Speaking after dedicating a fertiliser plant to the nation and launching various projects, PM Modi said experts have stated that the growth witnessed by the country after 1990, in the past three decades, will happen in just a few years due to the change that has happened during the past eight years.

"For the past two or three years, the world has been fighting the corona pandemic. On the other hand, there are frictions, military actions are taking place and the effects of those are also impacting the country and the world," he said.

"But under these critical circumstances also, all in the world are hearing one more thing. Experts in the world say that India will soon become the third largest economy in the world and is marching forward very fast in that direction," the Prime Minister added.

In the past eight years, there has been a change in governance, thought process and also approach, he said. Whether it is infrastructure, government processes, or ease of doing business, all the changes are inspiring the India's "aspirational society".