Lok Sabha Elections: PM Modi would start his two-day visit from Jamnagar in Saurashtra region where he would inaugurate a 750-bed annexe of the Guru Gobind Singh Hospital. 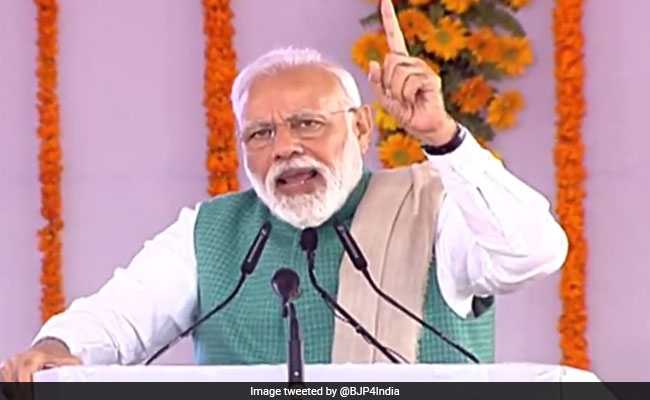 PM Modi will inaugurate the first phase of Ahmedabad Metro service during his visit. (File photo)

Prime Minister Narendra Modi will be on a two-day visit to Gujarat from Monday during which he will launch the Pradhan Mantri Shram-Yogi Maandhan Yojana (PM-SYM) and inaugurate the first phase of six-km-long Ahmedabad Metro service.

Official sources said the prime minister would also lay the foundation stone for Umiya Dham temple complex during his visit. PM Modi would visit Annapurna Dham Trust in Adalaj in Gandhinagar on March 5 for the ground-breaking ceremony of a Shikshan Bhavan and a Vidhyarthi Bhavan, they added.

The prime minister would start his two-day visit from Jamnagar in Saurashtra region where he would dedicate to the nation a 750-bed annexe of the Guru Gobind Singh Hospital and inaugurate its PG hostel, they said.

He will also lay the foundation stone of JodiyaDesalination Plant and Und-3 to Venu-2 Lift Irrigation Scheme.

In Jamnagar, PM Modi will also lay foundation stones of railway projects including conversion of rail tracks to broad gauge and flag off the Bandra-Jamnagar Humsafar Express.

From Jamanagar, he will reach Ahmedabad and attend a grand function for the Umiya Dham temple complex.

As part of the metro rail commissioning programme, he will lay the foundation of the 28.28 kilometre second phase of the Ahmedabad Metro and also travel some distance on the phase 1 stretch.

On Tuesday, PM Modi will visit the Annapurna Dham Trust in Adalaj, Gandhinagar where he will lay the foundation stones of Shikshan Bhavan and Vidhyarthi Bhavan.

The prime minister will then visit Vastral in Ahmednagar to launch PM-SYM, a voluntary and contributory pension scheme for workers in unorganised sector with a monthly income of up to Rs 15,000.

He will oversee the online transfer of benefits to some beneficiaries and then distribute PM-SYM Pension Cards.

The scheme, announced in the Union Budget in February this year, will see each PM-SYM subscriber get a minimum assured pension of Rs 3000 per month after attaining the age of 60 years.