Plastic waste littering the ground does not allow rainwater to be absorbed in the soil, and it also kills cows when they eat it, he said. 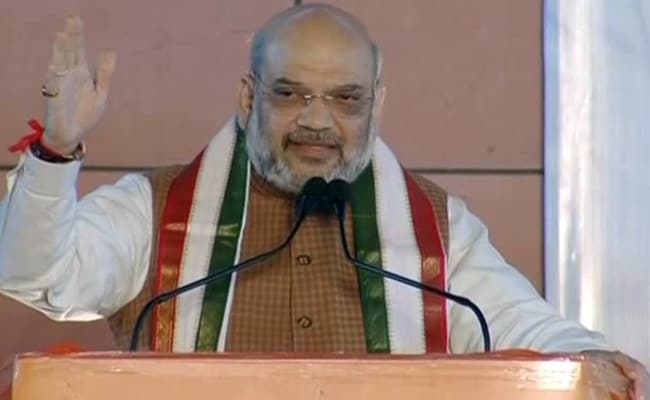 PM Modi and Amit Shah have spoken about the need to curb the use of single-use plastic.

Plastic waste littering the ground does not allow rainwater to be absorbed in the soil, and it also kills cows when they eat it, he said.

Both Prime Minister Narendra Modi and Amit Shah have spoken about the need to curb the use of single-use plastic often recently.

Amit Shah was the chief guest at the function, also attended by Union Social Justice Minister Thawarchand Gehlot whose ministry had organised it.

"All of you who have come here have been given abag....we have to use this cloth bag to buy things like vegetables and groceries. Shun plastic bags," Amit Shah said.

"Plastic bags take 400 years to disintegrate. If thousands of families take up this cause and stop the use of plastic bags, the earth will be saved from pollution," the BJP leader added.

"Junked plastic bags are not allowing rainwater to seep underground and underground water level is going down.

Cows eat plastic when we throw away food in plastic bags, and as a result, they die," he added.

"If you start using cloth bags, it is going to become fashionable and everybody will follow your example," he added. He praised prime minister Modi for his sensitivity towards the disabled.

"Earlier Divyang people were called "viklangs'' (those with infirm bodies), but our sensitive prime minister brought a law to provide facilities for them and called them divyangs. Only a person with a heart can do that," he said.

Amit Shah also mentioned that within the first five months of the Modi government's second term, several decisions were taken for the benefit of people.

"In the cabinet meeting earlier this week, the BJP the government decided to increase minimum support prices for various crops under the formula that farmers should get a price 50 per cent higher than the cost of production," he said.