In 2015, China agreed to let Indians cross the border in Sikkim as they make the tough Kailash-Manasarovar Yatra . 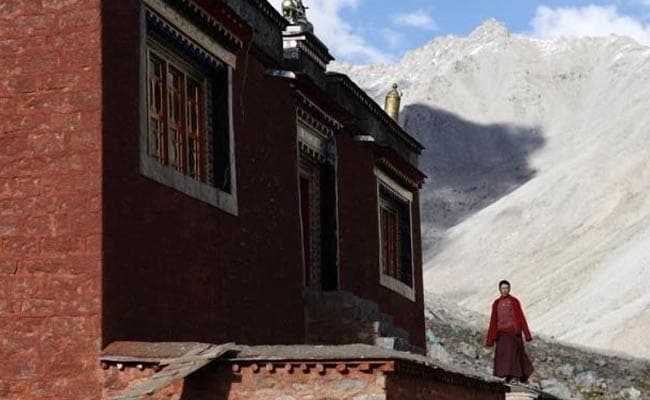 File: A monk stands outside a temple near Mount Kailash in Tibet. (Reuters)

Guwahati: For nearly a week, a group of about 50 people waited in Sikkim for China to grant them passage to Tibet where they wanted to worship at Mount Kailash, which is at an altitude of about 6,500 metres. They are now being returned to Gangtok, the capital of Sikkim, after China refused to open its gates, reportedly because of major landslides.

In 2015, China agreed to let Indians cross the border in Sikkim as they make the tough Kailash-Manasarovar Yatra .

There are two routes to get to Mount Kailash, considered the abode of Lord Shiva and of religious significance to Hindus, Jains and Buddhists -through a pass in Uttarakhand, which was ravaged by floods in the hill state in 2013, and through the Nathu Lu pass in Sikkim.

The route through Nathu La Pass sees Indians crossing through to Tibet and then using Chinese buses for their journey.

Promoted
Listen to the latest songs, only on JioSaavn.com
Chinese President Xi Jinping committed the new route to Prime Minister Narendra Modi, who pointed out the terrain difficulties of the existing routes through Uttarakhand and Nepal.

About 1,400 devotees will undertake the yatra this year. Most of them will use the tougher Uttarakhand route; about 350 will attempt the journey through Sikkim.

Parliamentary Panel Recommends Evaluation Of Vaccines In View Of Omicron