Pics: Rubina Dilaik And Other TV Stars Are Filling Up Their Holiday Albums

Travel mode is on for television celebrities like Rubina Dilaik, Gurmeet Choudhary and Debina Bonnerjee 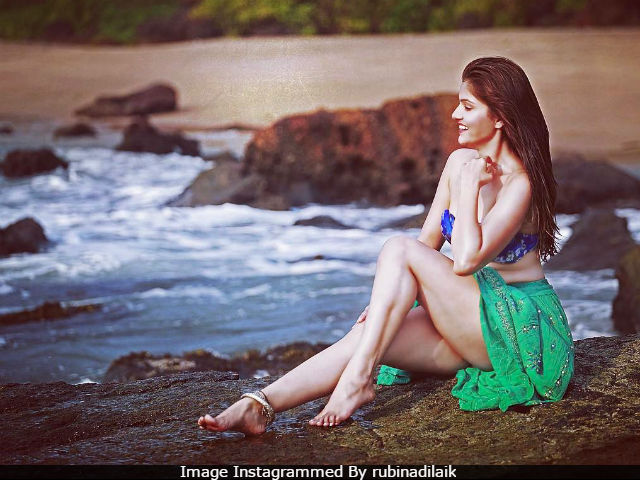 New Delhi: Travel mode is on for most of the television celebrities like Rubina Dilaik, Gurmeet Choudhary, Debina Bonnerjee, Pooja Gor, Asha Negi, Sargun Mehta and others. Most of them are busy exploring different parts of the world. A few days ago, actress Rubina Dilaik's pictures from her Bali vacation went viral on the Internet. She became muse for her actor boyfriend Abhinav Shukla on the beaches of Bali. Rubina Dilaik plays Soumya in Shakti - Astitva Ke Ehsaas Ki. Meanwhile, actor couple Gurmeet Choudhary and Debina Bonnerjee are chilling in Europe. Actresses Pooja Gor, Asha Negi and Sargun Mehta are enjoying their girls' trip.

Here are some pictures from the vacation diaries of these celebs. (PS: These pictures can give you major vacation goals).

Rubina Dilaik has posted various pictures of her Bali holiday on Instagram. The actress looks extremely stunning as she posed for Abhinav on the beaches. Rubina became a household name after featuring in Choti Bahu - Sindoor Bin Suhagan. She currently headlines the cast of Shakti - Astitva Ke Ehsaas Ki. Rubina and Abhinav co-starred with each other in Choti Bahu - Sindoor Bin Suhagan.

Gurmeet Choudhary and Debina Bonnerjee, who married in 2011, are beating the heat in Europe. Their travel itinerary includes the Eiffel Tower, Swiss Alps and a tram ride in Switzerland. The couple first met on the sets of their 2008 television show Ramayan.

There is So much love in the French air that it clears up your brain. #eiffeltower #traveldiaries #gurmeetdebina #paris

Bidding adios to #paris before we head off to our next destination!!! U were wonderful Paris !! U hv come on the ist of my frequently visited destinations. #eiffeltower

Promoted
Listen to the latest songs, only on JioSaavn.com
Check out these holiday pics of Pooja Gor, Asha Negi and Sargun Mehta.

Summer in here, the sky is getting clear, loving USA & beer; but soon will be there to hear, the bombay traffic cheer..!!!

Sometimes this is all you need