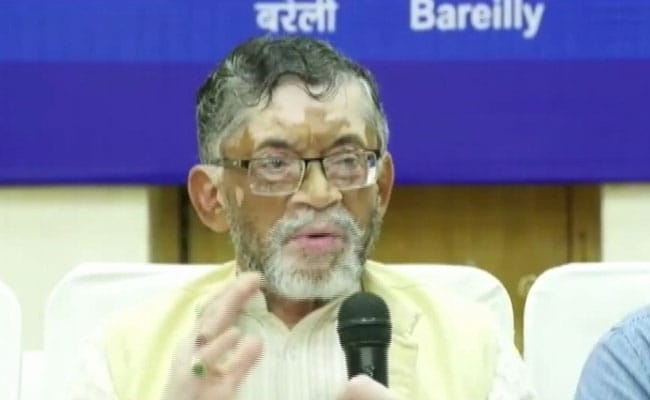 The case is likely to be taken up for hearing on September 25.

A petition has been filed in a Bihar court against Union minister Santosh Gangwar for "insulting" the people of north India by saying that recruiters complain of lack of "quality people" in the region.

Social activist Tamanna Hashmi filed the petition on Monday before the court of Chief Judicial Magistrate Surya Kant Tiwari. In the petition, Ms Hashmi has accused the minister of state for labour and employment of "insulting" the people of north India by the statement.

The social activist has filed the petition under sections 153 (provocation with intent to cause riot), 195 (fabricating false evidence), 295 (insult the religion of any class) and 405 (criminal breach of trust) of the Indian Penal Code.

It is likely to be taken up for hearing on September 25.

Gangwar, who made the controversial remark in Bareilly on Saturday - his Lok Sabha constituency, later clarified he was only stressing on the lack of requisite skills among the youth. And to address it, the government has set up the Skill Development Ministry, he added.