A delegation of the National Human Rights Commission led by its chairperson visited and inspected the Institute of Mental Health and Hospital, Agra, and also held a workshop on July 27-28, officials said on Thursday. 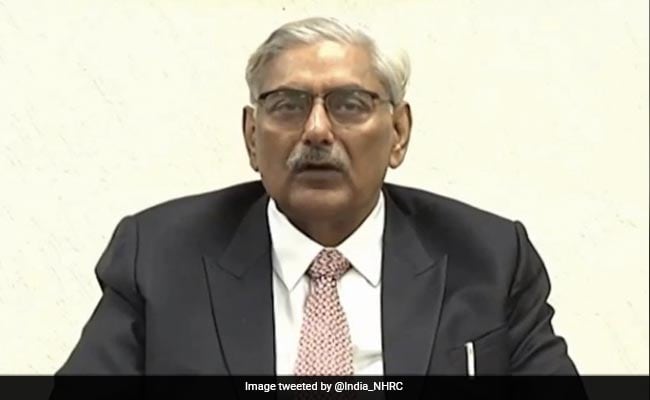 A delegation of the NHRC led by its chairperson visited and inspected the Institute of Mental Health and Hospital, Agra, and also held a workshop on July 27-28, officials said on Thursday.

In a statement, the National Human Rights Commission also said Justice Mishra urged that "persons with mental illnesses are not to be left at the mercy of family members".

Justice Mishra said he was appalled to learn that family members disown persons affected by mental illness and allow them to languish in mental healthcare institutions.

Persons suffering from mental illness have an equal share in civil and property rights, he was quoted as saying in the statement.

The rights panel had recently received a report from authorities that pointed towards "shortcomings and difficulties in the functioning" of the institution in Uttar Pradesh.

Justice Mishra said before moving on to emulate the best practices, it is important to address the "problems faced by the institute, including shortage of medical and administrative staff and timely payments of salary and required budget of the institute for effective functioning of the Institution".

The main points that have emerged from the two-day visit, among others, include holding regular meetings of the mental health authority as required under the mental healthcare act; initiating and sustaining effective sensitisation and awareness workshops, to share the best practices among various stakeholders; sincere implementation of the provisions of the Mental Healthcare Act, 2017, the statement said.

The statement called for strengthening the system of Half Way Home by greater coordination among various departments and civil society organisations, as well as registering all the mental health institutions after fixing norms of registration.

It added that focus must be placed on substance abuse disorders, "which is harming the youth of the country". Special measures should be introduced, the NHRC said, to avoid relapse. Adequate budgetary allocation must also be increased for mental health care and for smooth running of institutions was also mentioned, it said.

Addressing issues relating to a large number of vacancies and filling up the vacant posts was also discussed, the statement said.