Nana Patole said Devendra Fadnavis in 2014, Mr Fadnavis promised reservations in jobs and education for the Dhangar (shpeherd) community in the first cabinet meeting of his government. 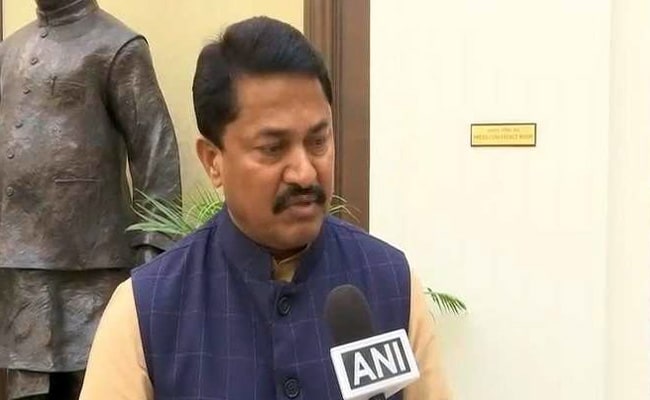 "The people of the state understand his drama and they would retire him from politics," Nana Patole said

Maharashtra Congress president Nana Patole on Monday accused BJP leader Devendra Fadnavis of being a "lie machine" and claimed the people of the state would ensure his retirement from politics.

Mr Patole was responding to questions from reporters on former Chief Minister Fadnavis's statement that he would take political ''sanyas'' if he fails to restore OBC quota in local body elections in four months after his party comes to power.

"The people of the state understand his drama and they would retire him from politics," Mr Patole said, hitting out at the leader of opposition in the assembly.

The Supreme Court recently struck down political reservation for OBCs in the local bodies in Maharashtra.

Mr Patole blamed the previous government in Maharashtra led by Mr Fadnavis, the Modi government and the BJP for OBCs losing their political quota in local body elections.

"The RSS's mindset is anti-reservation," he claimed, adding the central government has empirical data on OBCs but it did not share it with Maharashtra.

"If the Centre had given the OBC data to the Supreme Court, this situation wouldn''t have arisen," said the former Lok Sabha MP, who had a stint in the BJP.

The state Congress president called Mr Fadnavis a "lie machine" for not keeping promises when in power.

In 2014, Mr Fadnavis promised reservations in jobs and education for the Dhangar (shpeherd) community in the first cabinet meeting of his government, Mr Patole said.

"But he betrayed the Dhangar community when in power for 5 years. He also betrayed the Maratha community and the law (on Maratha quota) unanimously passed in the legislature was struck down (by the Supreme Court). The OBC quota also met the same fate," Mr Patole said.

Due to the BJP, 55,000 elected representatives belonging to the OBC community in gram panchayats, panchayat samitis, zilla parishads, municipal councils and municipal corporations are under the threat of losing their seats, Mr Patole said.

He demanded that polls to five zilla parishads announced recently by the State Election Commission be postponed since the government will seek legal remedy in the Supreme Court on the OBC quota issue.