While addressing a rally at Charkhi Dadri in poll-bound Haryana, PM Modi said people of the state have decided to put their stamp on the transparent administration of the BJP government and bring it back to power. 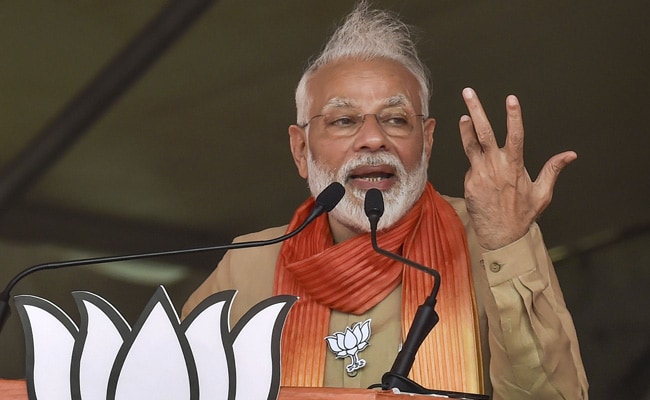 Daughters of Haryana have proved their mettle in all fields: PM Modi

Prime Minister Narendra Modi today accused the Congress of spreading rumours abroad over scrapping of Jammu and Kashmir's special status and asked voters to punish the party for this in the upcoming assembly elections.

Addressing a rally in Haryana's Charkhi Dadri, PM Modi dared the Congress to openly declare that it will reverse the Centre's decision on Jammu and Kashmir.

"Some leaders of the Congress have been spreading rumours about this decision in the country and in the world. You can abuse me as much as you can and even import abuses from Bangkok, Thailand, Vietnam or from wherever you want. I have no problem if you speak against me. But they should stop backstabbing India," PM Modi said.

PM Modi said the nation believes that Kashmir needs to be taken out of the spiral of violence.

"Do you agree with the Congress's stand. Should they not be punished severely? Would you do that on October 21?" PM Modi asked the crowd at the rally.