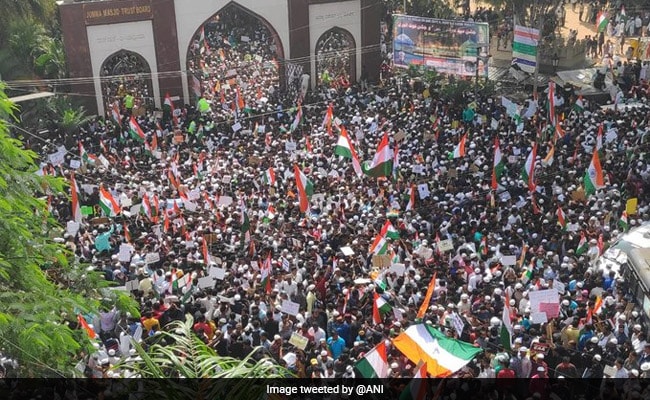 In Bengaluru, thousands from the Muslim community staged a "Peace Rally".

Peaceful protests were held across the country today, with political parties, students and the civil society coming together against the contentious citizenship law. In Delhi, the Congress held protests at Rajghat, the memorial of Mahatma Gandhi, which was attended by senior leaders of the party, including Sonia Gandhi, Rahul and Priyanka Gandhi, Manmohan Singh and Kamal Nath. At Chennai's Marina Beach, the DMK held a rally attended by thousands after getting clearance from the High Court. In Kolkata, students of the premier Jadavpur University gheraoed the Governor, demanding a dialogue. Multiple rallies were also held in Bengaluru, Kochi and Mumbai.

Here's a 10-point cheatsheet on protests from across the country: