Patient Dies After Ambulance Runs Out Of Fuel In Rajasthan: Report 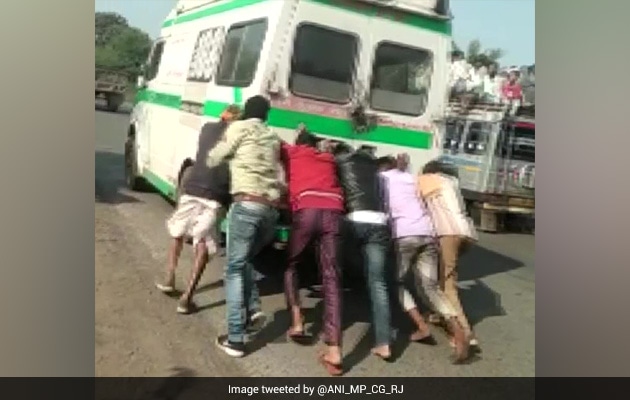 We will act strictly against those responsible, Pratap Khachariyawas said.

State Food, Civil Supplies and Consumer Affairs Minister Pratap Khachariyawas said the government will take stringent action against those responsible for it.

A video went viral purportedly showing the patient's relatives pushing the vehicle in an effort to get him to the hospital on time.

The CMHO said, "We came to know about the incident and have initiated the inquiry into it. We will meet the victim's relatives and find out if there was any negligence," he said, adding that the ambulance is privately owned.

He added that if a privately owned ambulance runs out of fuel, the blame lies with the owner and not with the state healthcare system.

The minister said, "Our government gives free treatment to patients in private hospitals. However, if a private ambulance runs out of fuel and the patient dies, the blame lies with the management of the ambulance service and not the healthcare system. We will act strictly against those responsible."